Home / News / Columns / Trump is trouncing who in the polls? Just about every major world leader 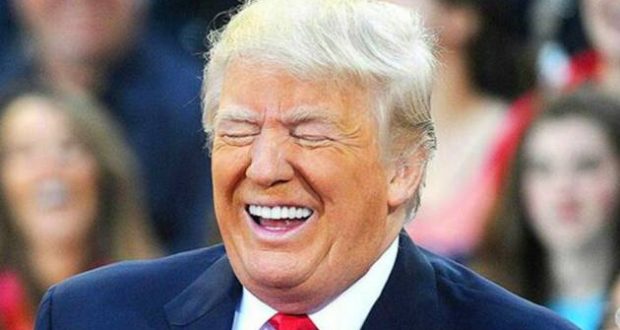 Trump is trouncing who in the polls? Just about every major world leader

The national media continues to be fascinated with the approval rating of President Trump. The most recent Pew poll finds the president’s approval at 47%. Others show it from 42–45%. The media thinks those numbers stink to high heaven. Not bad say most serious experts, considering it is higher than that of any president in recent history at this point with the exception of President Reagan.

NEWS ANALYSIS: Behind the headlines

The media of course, refuses to put a positive spin on any headline that includes the name “Trump.” Reagan, sadly, had the unfortunate experience of an attempted assassination during the first 18 months of his presidency. Trump is probably in no hurry to surpass Reagan if that’s what it takes to break the 50% ceiling.

So how is President Trump really doing? While his popularity may be just a few percentage points from being a majority, he’s not doing that bad compared to other world leaders. In fact he’s trouncing all of his most vociferously critical peers across Europe and North America.

Here’s some numbers you rarely, if ever, see reported by American news outlets.

Mexico’s President Pena Nieto. Pew has him at 28%. And that’s incredibly higher than it was just a year ago and after a full-fledged war with Trump to prevent the border security wall being built.

UK Prime Minister Theresa May, who likes to jab at Trump any chance she gets–she’s polling at 26%.

What about France’s young and dashing socialist Macron? Once billed as the savior of France just last year when elected, he’s polling at 28%.

Canada’s ultra liberal Justin Trudeau, whom American media has deemed the “sexiest” world leader alive and who was going to stand up to Trump? The poor guy is at 37.9%. Those are not the numbers of a heart throb or a night club bouncer (yes, he was one–bouncer that is). 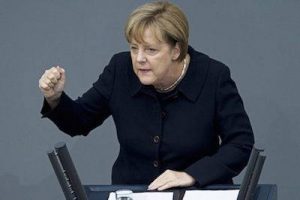 And what about Germany’s Angela Merkel? She regularly butts heads with Trump yet is unpopular in her own country. She’s polling a whopping 29% and had to pull together a coalition so she wouldn’t lose her job this spring.

What do all these world leaders have in common? They are socialists who believe the government knows what is in the best interest of their citizens–and they like to tell the United States we’ve got it all wrong. While the liberal media in their countries continue to fawn praise on them to keep them in power (Sound familiar? Whispering Obama here), their constituents are having none of it. Voters know the reality on the ground. The politics of the left is dead.

Then, of course, there’s President Trump and his 47% approval rating. His approval continues to rise even in the face of tremendous headwinds of unfair and often biased media coverage (90% of stories on him have been negative), Russian investigations based on rumors that have yet to produce a single indictment on “collusion” and salacious headlines about his personal life 12 years ago.

Trump is not perfect. Far from it. Voters knew that in 2016. But his poll numbers suggest a support among the silent majority of Americans that the media just cannot sway.

Any of these world leaders would give up their socialist government pensions to have poll numbers like his.

All the while, Trump just keeps plugging away. And getting the last laugh.

And that 47% that support him? They’re laughing along with him.

And that’s my view from the heartland–where common sense reigns.

Previous: Church exploded after members lit furnace
Next: Could the Bible get caught up in Microsoft’s new conduct policy?