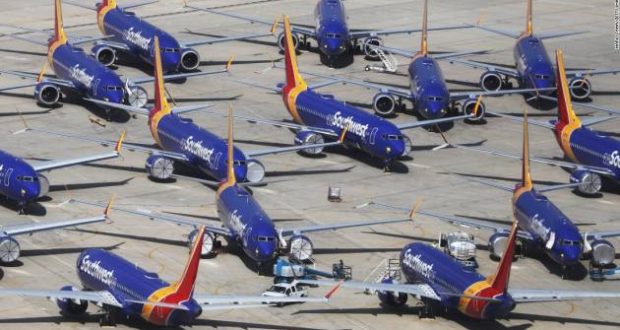 In a move that will bring some comfort to travelers, while raising ticket prices for everyone, United Airlines announced on April 16, 2019 it would extend a suspension on all flights using the Boeing 737 Max.

The airline will cancel all routes that would normally be flown with the aircraft until at least July to give the carrier time to address a variety of safety concerns that allegedly caused two planes to crash in Ethiopia and the Java Sea in Indonesia, killing 346 passengers and crew members in the process.

The airline’s earlier ban on its 14 Max planes was originally intended to end on June 5. American Airlines and Southwest Airlines have also recently grounded exactly the same model.

The company had hoped to use the spare aircraft to offer more seats for passengers ahead of the busy summer vacation period.

“Moving forward, we’ll continue to monitor the regulatory process and nimbly make the necessary adjustments to our operation and our schedule to benefit our customers who are traveling this summer,” a spokesman for United told CNBC.

Despite the setback caused by the Maxes being grounded, United Airlines Chief Executive Officer Oscar Munoz is still upbeat about the rest of the year and thanked all United staff.

“We are more confident than ever that we’ll reach our long-term adjusted earnings per share targets we unveiled last year,” he said in a public statement. “I want to thank all 93,000 of our employees for their incredible work as we overcame some unique challenges.”

United expects a $292 million net income for the first quarter of the year, which was off the back of a 7.1 percent jump in total passenger revenue compared to the same period in 2018.

In addition, the company’s benchmark passenger revenue per available seat mile for the same period rose 1.1 percent compared to the previous year.

“We made important progress on our customer investments while making strategic decisions to manage our costs and producing pre-tax margin growth that we expect will lead our peers,” Munoz said.

U.S. President Donald Trump acknowledged the challenges the aviation industry has faced following the Max disasters, and encouraged the industry to take the opportunity to reinvent the brand.

“No product has suffered like this one,” Trump said in a Twitter post dated April 15. “If I were Boeing, I would fix the Boeing 737 MAX, add some additional great features and rebrand the plane with a new name.”

Previous: Baby born without skin struggles for life in Texas
Next: ‘Crown of thorns’ saved from Notre Dame by hero priest