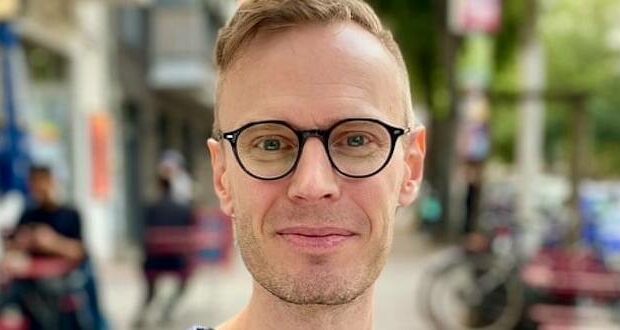 Karl Andersson’s work is under investigation by Qualitative Research. Photograph: University of Manchester

“If this student had said he wanted to document his pleasure at watching child pornography, you would imagine the police would have been contacted immediately. These comics are not simply some alternative art form that can legitimately be appreciated and studied. They involve the sexualization of children.”

In Pennsylvania, a licensed therapist working for the Department of Corrections posted a video on social media platform TikTok arguing that pedophilia is a legitimate sexual orientation.

She advocated using the term ‘minor-attracted persons’ (MAPs) over ‘pedophiles’ as these people are a “marginalized” population who experience “harm” when they are characterized in that way.

GB News’ Bev Turner said the therapist’s monologue could be “a signpost to potentially horrific social change”, and said the comments marked “an insidious creep towards the normalizing of sexual contact with children.”

She said “it is one thing to argue that abusers require help” and another to make people feel guilty for “rejecting in the harshest terms such horrific acts.”

Approximately 250 million TikTok users are aged 19 or younger, and Turner said videos like this could be dangerous, because they might convince a victim of child abuse that their abuse is normal sexual behavior, causing them to feel reluctant to speak out against their abuser.

The journalist urged parents to “keep talking” to their children “about what is right, and what is very, very wrong.”

In a statement published online, the editors of Qualitative Research said they had begun an investigation into the publication of Andersson’s research, which would address whether it met ethical standards.

“We are continuing with our investigations and will consider closely all guidance from the Committee of Publication Ethics and ensure that any actions taken comply with COPE standards.”

–The Christian Institute of England

Previous: 400 Baptist churches among thousands lost in Russian war on Ukraine
Next: Does Jesus support student loan forgiveness as some say?