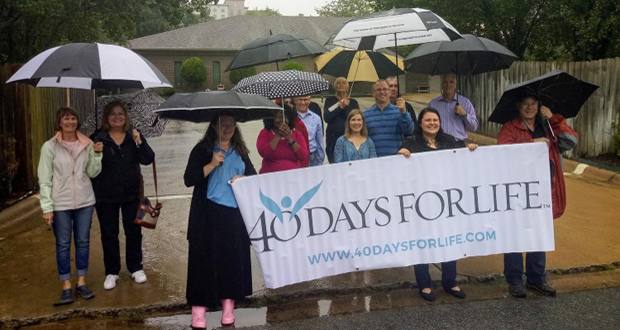 91 babies saved from abortion during 40 Days for Life prayer campaign, so far; Video

Today we know of 91 babies saved from abortion by the 40 Days for Life prayer campaign since March 6…and the fate of one of those children was left to chance.

“One couple stood out,” said Tina, who volunteers for the 40 Days for Life campaign in Forest Park, Georgia. “They were playing ‘Rock, Paper, Scissors.’”

“They must have made an agreement that if one of them won, they should go in [for an abortion],” Tina continued. “But if the other person won, they would walk away. It was apparent that one of the two wasn’t happy with the results because they played the game repeatedly.

Finally, the couple walked over to the local pregnancy center. But it was closed!

“Praying all the way, I approached them and asked if they wanted to speak with someone inside the pregnancy clinic,” Tina said.

Tina had the pregnancy center director’s phone number in her cell phone. She called, and the director opened the center to welcome this couple inside.

“I returned to the sidewalk to continue praying,” Tina said. “Please keep this young couple in your prayers.”

When a young woman exited a busy Philadelphia abortion center, vigil participants were sure she had the abortion. They handed her a brochure that would direct her to the resources she’d need to find support, healing, and recovery.

“She read it…looked at them [and] in a quiet voice, she said, ‘I changed my mind,’” said Monique, who leads the Philly faithful.

“She has been suffering with nausea and vomiting,” Monique reported. “They informed her of all the phone numbers she could call to address her needs and assured her that HELP IS AVAILABLE!”

Near the end of a four-hour prayer shift, a young woman approached a volunteer named Joe and his fellow prayer warriors.

“Can you help me?” she asked. “I was going to have an abortion but I changed my mind.”

Joe and his crew were more than happy to direct the young mom to the resources she needed to choose life. Before she left, she hugged each of the men who helped her. 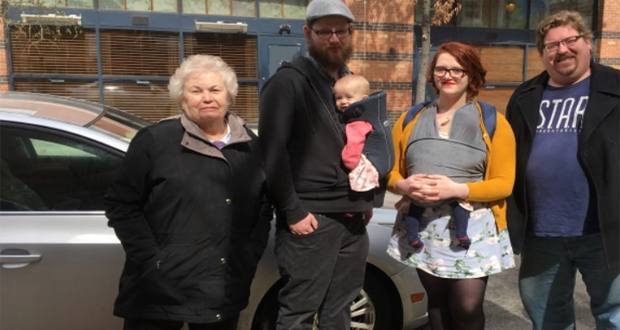 “Praise the Lord! We have a CONFIRMED baby save this morning!” said Toni in Little Rock. “Parents came out of the clinic and told the sidewalk helpers that they changed their minds.”

Previous: What is Home Care about? Company shares their philosophy
Next: ‘Captain America’ actor shares fun moment with Dan Crenshaw