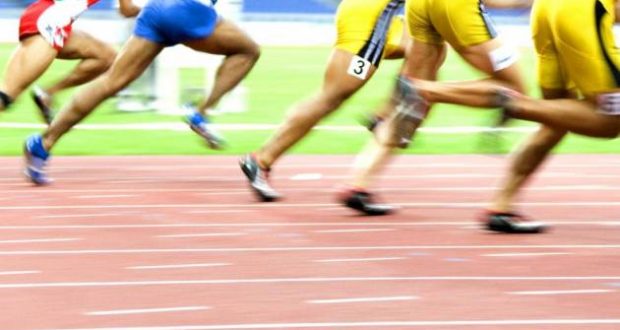 On Monday, three high school female athletes filed a federal discrimination complaint against Connecticut’s policy regarding transgender athletes. The young women assert they were racing at a disadvantage against their transgender opponent, a male who identifies as a female, impacting the final results of the race.

The complaint claims that the policy cost them top finishes in their races, as well as potential college scholarships because of their placement.

The complaint, filed with the U.S. Education Department’s Office for Civil Rights, was submitted by the Alliance Defending Freedom on behalf of the student athletes. They are requesting an investigation be launched to look further into the fairness of the rule.

“Girls deserve to compete on a level playing field,” Holcomb said. “Women fought long and hard to earn the equal athletic opportunities that Title IX provides. Allowing boys to compete in girls’ sports reverses nearly 50 years of advances for women under this law.

“We shouldn’t force these young women to be spectators in their own sports,” Holcomb added.

Selina Soule, a track competitor at Bloomfield High School in Connecticut, and one of the girls behind the complaint knows this feeling personally.

In a recent interview with Fox News, Soule explained that she was unable to qualify for a 55-meter event at the New England Regionals because two of the top spots were taking by biological boys, identifying as females.

“No one in the state of Connecticut is happy about this, but no one has enough courage to speak up,” Soule said.

“I haven’t been the only one affected by this,” she added. “There have been countless other female athletes in the state of Connecticut, as well as my entire indoor track team. We missed out on winning the state open championship because of the team that the transgender athlete was on.”

According to Soule, the two transgender athletes are the reason that Soule could not go to the New England regionals. If they were unable to complete, she would have placed sixth in the 55-meter, which would have given her the opportunity to run in front of college coaches at regionals.

“I’ve gotten nothing but support from my teammates and from other athletes,” Soule said. “But I have experienced some retaliation from school officials and coaches.”

Soules complaint, which is represented by the Alliance Defending Freedom, requests that the Education Department “to investigate illegal discrimination against the Connecticut athletes,” including Soule herself.

Soule is not the only female athlete who has been affected by the transgender protocol in the Connecticut athletic conference.

Ever since the Connecticut Interscholastic Athletic Conference created a law “that allows biological males who claim a female identity to compete in girls’ athletic events,” the complaint says, “boys have consistently deprived [Selina] Soule and the other female athletes of honors and opportunities to compete at elite levels.”

“Girls like Selina should never be forced to be spectators in their own sports, but, unfortunately, that is exactly what is taking place when you allow biological males to compete in sports that have been set aside and specifically designed for women like Selina,” Holcomb pointed out.

“Title IX was designed to ensure that girls have a fair shake at athletics, and are not denied the opportunity to participate at the highest levels of competition.”

Emilie Kao, director of the Richard and Helen DeVos Center for Religion and Civil Society at The Heritage Foundation, pointed out that Title IX has helped women in sports dramatically, but that the Connecticut protocol is setting them back.

“Since Congress passed Title IX in 1972, the number of women and girls participating in sports has risen from 1 in 27 to 2 in 5,” Kao said. “This has benefitted their performance in classes as well as on the playing fields.”

“By ignoring the reality of sex differences, gender identity policies threaten progress and create unfairness and danger for female athletes,” she concluded.

According to Trans Athlete, Connecticut is among 17 states that allow transgender high school athletes to compete in whatever gender category they desire.

Previous: For some, mobility and freedom are one and the same
Next: Drunk driver kills motorist plus the pastor and friend who stopped to help