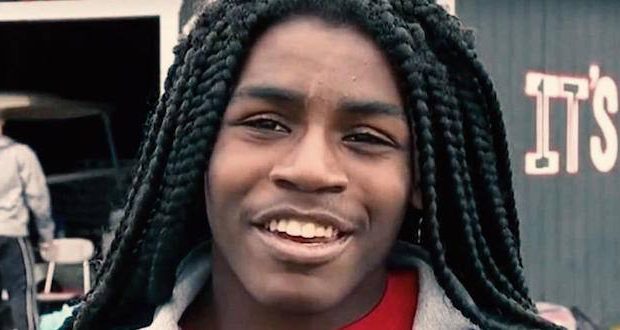 Andrea Yearwood is a biological man who competes as a woman in his high school's girls track team.

Is it fair? Transgender athletes and high school sports

Transgender athletes are destroying women’s sports according to female players, parents and coaches.

A growing number of people are arguing it’s unfair for a man to be allowed to compete in a women’s sporting event because male bodies are fundamentally different than female bodies.

Just fifty years ago, the nation passed laws meant to create equal opportunities for female athletes in the nation’s schools and colleges. Now, that progress is being destroyed. Even at the high school level.

The other states either have no policy or handle the issue on a case-by-case basis, according to The Washington Times.

One observer wrote: “A mustachioed boy who ‘identifies as a girl’ heroically won gold in the 100 meter dash and 200 meter dash for the Connecticut high school girl’s state championships last week,” wrote Walsh, in a article called, “Please, leftists, explain how this ‘transgender’ madness empowers women.”

The writer, Matt Walsh, went on to say, “His times would have placed him a full second behind last place in the boy’s competition, but against the girls he easily came in first.”

Selina Soule, an opponent sprinter, says fairness is the issue.  She missed out on qualifying for the New England regionals and a chance to run in front of college coaches, because of Miller and Yearwood.

“We all know the outcome of the race before it even starts; it’s demoralizing,” she told The Times. “I fully support and am happy for these athletes for being true to themselves. They should have the right to express themselves in school, but athletics have always had extra rules to keep the competition fair.”

The Connecticut Association of Schools-Connecticut Interscholastic Athletic Conference, which oversees high school sports in the Constitution State, says it must follow a state anti-discrimination law that says students must be treated in school by the gender with which they identify.

However, Joanna Harper, a medical physicist and transgender runner from Portland, Oregon, believes there needs to be a standard based on hormone levels.

Until hormone therapies begin to work, genetic males have a distinct advantage over genetic females, she in an interview with The Washington Times. Most transgender teens don’t begin hormone therapy until after puberty. Younger teens can be on puberty-blocking drugs, but puberty is very individualized and testosterone levels can vary greatly from one transgender girl to another, she said.

TRANSGENDER ATHLETES NOW COMPETING AGAINST WOMEN IN THE OLYMPICS

A group of parents aren’t waiting for the debate and are seeking a change to the conference policy. John Forrest is one of those parents. His daughter is a teammate of Soule.

Forrest said they’d like to see the state adopt a hormone standard or allow transgender girls to run with other girls but have their results placed in a separate exhibition category.

But Glenn Lungarini, the conference’s executive director told The Times the organization is not in a position to perform hormone testing of athletes and simply relies on the schools to tell them who identifies as male or female.

The fairness issue when it comes to transgender athletes competing against females has come up several times in several sports venues over the last two years. Last October, a biological man who identifies as a female won a women’s world championship cycling event in California, sparking debate over how transgender athletes should be judged in sporting events.

In 2017, a boy who identifies as a girl won the girl’s 100-meter and 200-meter dashes in state championships in Connecticut.  Earlier that same year, a 17-year-old transgender boy won the Texas state girls’ wrestling championship.