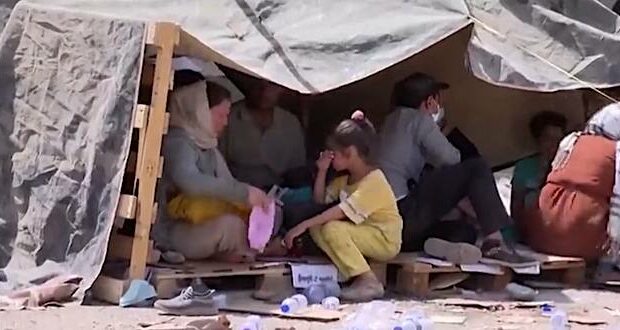 In his speech to the U.K. parliament on Sept. 6, British Prime Minister Boris Johnson updated the House of Commons on efforts to evacuate British nationals, British forces and Afghan colleagues from Afghanistan. He stated that Operation Pitting, the name of the evacuation, would make way for Operation Warm Welcome, which would provide support to vulnerable Afghan families and help them start new lives in the U.K.

It was an encouragement to hear Boris Johnson confirm that the U.K. would be aiding and resettling those whose religion makes them particular targets for the Taliban. However, we must act now to save these people. Dither and delay will give the Taliban time to catch up with them — bureaucracy can be a killer.

President Joe Biden stuck rigidly and unrelentingly to his arbitrary deadline of Aug. 31 for completing the U.S. withdrawal from Afghanistan. He was unwilling to extend it by even a day in order to make sure everyone who needed to leave could do so. For the most vulnerable men, women and children among the religious minorities of Afghanistan, the chaos and ineptitude of the U.S. retreat has meant they have been dragged from pillar to post and shifted from safe house to safe house.

They had been directed on multiple missions to the Hamid Karzai International Airport with the promise of flights waiting on the tarmac but turned away by armed forces personnel. Now they are being smuggled to the border only to be turned back by the neighboring countries that don’t want refugees. The United States, in particular, is refusing requests to guarantee a third-country destination. Bureaucracy is killing Afghan Christians as they are discovered upon their return to the Taliban-controlled country.

In the meantime, those of us who have been seeking to support and defend them have been working day and night, planning exfiltration operations, reviewing intelligence on routes and hazards, liaising with religious leaders and pressing for diplomatic solutions to open a door for these besieged Afghans — all to no avail, with all exits barred.

The first obstacle to overcome, remarkably, was to convince the U.K. and U.S. governments that religious identity was an indicator of serious risk from Taliban violence and that specific people from within religious communities should be prioritized for resettlement. One might have assumed that this fact would be extraordinarily obvious, but it is perhaps a symptom of the religious illiteracy of many in civil service. Whatever the explanation, it has often felt as though we have been fighting against our own governments to save a few hundred lives.

There is a clandestine community of between 8,000 and 12,000 Christians in Afghanistan. Since Afghanistan has no established Christian denominations or traditions, the Christian population of Afghanistan is entirely composed of converts from Islam — or, as the Taliban will call them, “apostates.” A small proportion of these are at risk because it has become well-known in their neighborhoods that they are ministers or pastors. Others are registered on government databases — now in the hands of the Taliban — as apostates.

Christian Afghans started to receive threats even before Kabul fell. They and their families made several harrowing attempts to escape but were turned back, even though carrying the necessary paperwork. Now they are exhausted and existing underground, in hiding, fearing a knock on the door.

If the U.S. or the U.K. would vouch for them and confirm that they will transit swiftly to a destination country, then they could cross over to safety. It’s that simple.

In addition to Christians, Sikhs, Hindus, Ahmadis and others have been receiving help to escape the danger they now face in Afghanistan. Many of them have made it out, but others are trapped in the same way as the Christians — though the number of people in such a predicament is modest. There are roughly 100 Christian families who need help to flee.

Pakistan, Uzbekistan and Tajikistan have intimated that they will allow these Afghans across their borders but only if their transit to other countries is confirmed. Civil society actors, along with the religious leaders pastoring these people, can verify and vouch for them so there can be no excuses around vetting.No one can seriously argue that the U.S. and U.K. have no obligation to ordinary Afghan citizens, having spent twenty years engaged on the ground. Boris Johnson seems to recognize that. There is a small amount of reputation and legacy that could be recovered if every effort is made — with appropriate celerity — to defend the most vulnerable Afghans now trapped within their country’s borders.

The trans-Atlantic allies have a particular responsibility to act decisively to provide confirmation to bordering countries, to issue visas and to get these Afghans to safety. Every day that passes brings the Taliban closer to their prey.