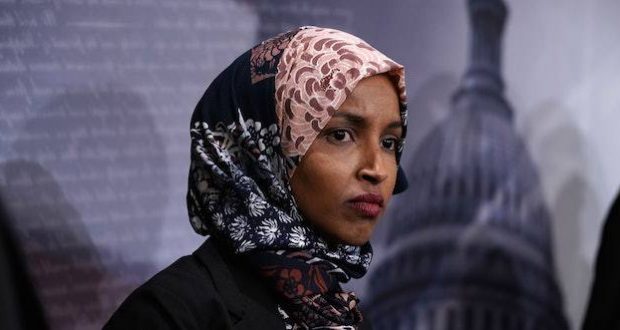 A major Arab news outlet is claiming Democrat Congresswoman Ilhan Omar is a foreign agent and that she “passed sensitive information that was relayed to Iran, and received funding by a foreign government.” The investigative piece reported by Al Arabiya English is based on a sworn deposition by a Canadian businessman in a Florida court.

Omar has been caught off guard by the revelation and has denied the claim.

“The latest, outlandishly absurd story from a Saudi-funded media outlet is of course false and only the latest in that trend,” stated a response provided to the Jerusalem Post on Wednesday.

Saudi Arabia and Iran are regional rivals. Qatar, at odds with other Gulf states, is said to maintain close ties with Tehran.

Al Arabiya English said that it obtained the deposition and that it was “authenticated by the attorney for the plaintiffs.”

It reported that “in explosive testimony made by video link from Toronto, Canada to a Florida District Court on October 23, Kuwaiti-born Alan Bender claims to have deep ties with governments and royal officials across the Middle East including Qatar. In his statement, he says he met Qatar’s Secretary to the Emir for Security Affairs Mohammad bin Ahmed bin Abdullah al-Masnad and two other senior Qatari officials.”

Speaking to the Post, Bender said: “I confirm that the information published in The Jerusalem Post report about Ilhan Omar and Qatar is accurate 100%.”

In his sworn deposition, Bender reportedly said that the three Qatari officials “claimed credit for the meteoric rise of Omar, saying: ‘If it wasn’t for our cash, Ilhan Omar would be just another black Somali refugee in America collecting welfare and serving tables on weekends.’”

According to Bender’s testimony, the secretary to the Qatari emir for security affairs said that Qatar “recruited Ilhan Omar from even way before she thought about becoming a government official.… They groomed her and arranged the foundation, the grounds, for her to get into politics way before she even showed interest. They convinced her,” says the report, adding that “Omar cooperated with the Qataris and received cash payments,” according to the deposition as reported by Al Arabiya English.

“Al Arabiya is a Saudi free-to-air television news channel broadcast in Modern Standard Arabic. The channel is based in Dubai and broadcasts to a pan-Arab audience; it is regarded as a competitor to Al Jazeera,” according to Wikipedia.