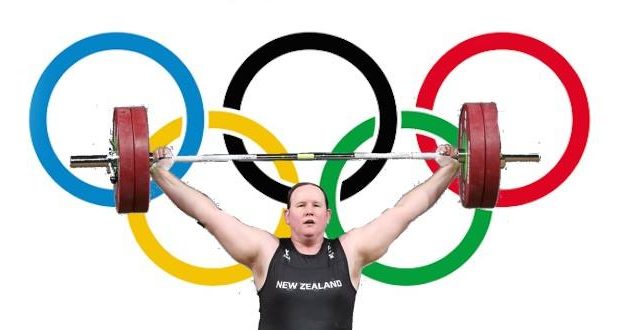 Gavin Hubbard, a 41-years-old biological male won the women's event at the Pacific Games in July, 2019.

The question of biological males competing in women’s sports over the last couple of years has made headlines in regard to fairness. Now, several transgender people have set their sights on a new prize — an Olympic medal.

According to the website American Thinker, a record number of transgender athletes may be competing in the 2020 Summer Olympic Games, which will finally force a public debate over such athletes competing against biological women in sporting events.

The International Olympic Committee (IOC) is preparing for next summer’s games in Tokyo.  When the Tokyo games were first announced, the IOC probably never thought it would find itself at the center of the transgenderism in sports debate.

If transgenders who were born male take the medals in women’s Olympic sports, it will trigger a worldwide debate over the subject, according to the website. The IOC has admitted they can’t come up with guidelines in which a competition between transgender women and biological women would be fair.

Currently, the IOC says self-identified women can compete, so long as their testosterone level remains below 10 nanomoles per liter (nm/l) for 12 months. Typically, men have between 7.7 and 29.4 nm/l of testosterone, while women have between 0.12 and 1.77 nm/l. Under those IOC guidelines, hormonally-restricted men can still maintain nearly 500 percent testosterone advantage over women, according to American Thinker.

However, it’s not only their testosterone level. It’s their masculine genetic benefits, including bone structure and upper body strength, according to recent studies by Sweden’s Karolinska Institute.

“Not every male advantage dissipates when testosterone drops,” Alison Heather, a physiologist at the University of Otago in New Zealand told the website. “Some advantages, such as their bigger bone structure, greater lung capacity, and larger heart size remain. Testosterone also promotes muscle memory. Transgender women have a heightened ability to build strength even after they transition,” Heather explained.

Olympic Gold Medalist Paula Radcliffe called it “naïve” not to think transgender women “will become a threat to female sport,” asserting “people will manipulate the system.”  She tweeted that, “If you are born and grow up male you cannot be allowed to compete in female sports simply because you ‘identify’ as female. It makes a mockery of the definitions of male and female sports categories.”

One such transgender athlete who wants to compete is Hannah Mouncey. He’s a biological Australian man who identifies as a woman but wants to compete in Australian football – but only against girls. Mouncey stands 6-foot, 2-inches and weighs 220 pounds. He wants to dominate women in the sport whose average height is 5-foot, 3-inches, according to Redstate.com.

As CBN News has reported, transgender athletes competing against biological women has become both a political issue and a campaign issue.

In a television commercial that aired in Kentucky prior to this month’s election for governor, the American Principles Project Foundation, a conservative think tank, and a political advocacy organization drove the point home.

“All female athletes want is a fair shot in competition,” the young female announcer says, “At a scholarship. At a title. At victory,” as the video shows female runners on a track preparing to race.

The guns sounds and the girls race down the track. The video then shows a male runner running through the girls as they make their way down the track, eventually winning the race.

“What if that shot was taken away by a competitor who claimed they’re a girl, but was born a boy,” the announcer continued.

In an interview with CBN News, Terry Schilling, the executive director of the American Principles Project Foundation, whose organization produced the commercial, said there’s a sense of general unfairness among voters.

“Look, when we’re discussing issues pertaining to the LGBT movement, it tends to be brought up in terms of equality and fairness. I think that most Americans understand that men and boys have an unfair athletic advantage over girls. I think that people know it’s an unfair advantage in sports and should not be allowed,” he said.

Schilling told CBN News he expected this issue will be brought up by more candidates in the 2020 campaign.

Last June, three female high school athletes filed a federal discrimination complaint against Connecticut’s policy regarding transgender athletes. The girls claim they were racing at a disadvantage against their transgender opponent, a male who identifies as a female, impacting the final results of the race.

In August, the US Department of Education Office for Civil Rights confirmed they have granted the girls’ request for an investigation.