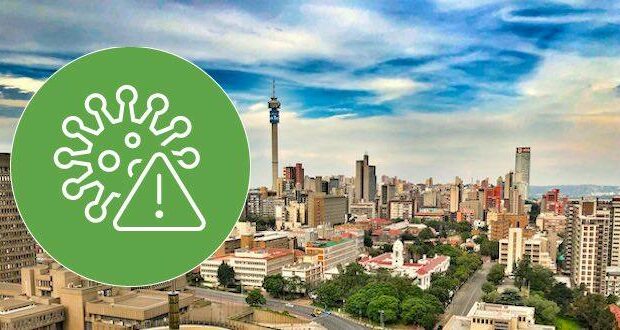 South Africa is home to the world's third-largest medical center.

South Africa is halting contact tracing and ending quarantine for asymptomatic cases of COVID-19. The news comes as the Omicron variant has run its course with little to no effect on the death rate and hospitalizations with health officials saying the previous measures are “no longer appropriate.”

The country’s director-general of health, Dr. Sandile Buthelezi, said in a Dec. 23 circular to heads of provincial health departments that only people who have developed serious symptoms need to get tested and isolate.

“Containment strategies are no longer appropriate—mitigation is the only viable strategy,” Buthelezi said in the document. “Quarantine has been costly to essential services and society as many people stay away from their work and thus lose their income and children miss on their schooling.”

South Africa’s health system, considered one of the best in the world, has been critical of governments around the world who, they say, are responding to Omicron with alarmism rather than science.

HELP: Can you support independent journalism? Here’s how

Buthelezi said that the shift comes with the new knowledge about Omicron showing that,  while it is much more transmissible, symptoms are more like a common cold.

Those numbers say some scientists, mean that the much less deadly Omicron may has most likely mutated into a variant that will kill few, but be around longer. That means the world will need to learn to live with it void of lockdowns and restrictions. It has killed less than six people worldwide.

South Africa had previously led the continent in terms of COVID-19 cases and deaths, as well as vaccinations, and its experience has been closely watched around the world after it was among the first countries to identify the Omicron variant.

While Omicron has driven a sharp rise in infections in South Africa, these have not been accompanied by the increases in hospitalizations and deaths seen during previous waves.

Meanwhile, the White House said Friday that the Biden administration will lift travel restrictions on South Africa and seven other southern African countries imposed last month in a bid to curb of the spread Omicron.

Early studies from drugmakers indicate that some of the current treatments for COVID-19 seem to be effective against Omicron, while early data from South Africa suggests it is far less severe.

Still, even if Omicron infection does lead to less severe outcomes, its rapid growth rate—believed to come from a combination of higher transmissibility and increased immune evasion—will likely mean more infections and so “the absolute numbers of people with severe outcomes could be substantial,” the Centers for Disease Control and Prevention (CDC) said in a statement.

Previous: Parents’ rights, education have voters fired up for 2022 midterm elections
Next: Leading cancer doctor convinced of power of prayer working with medicine