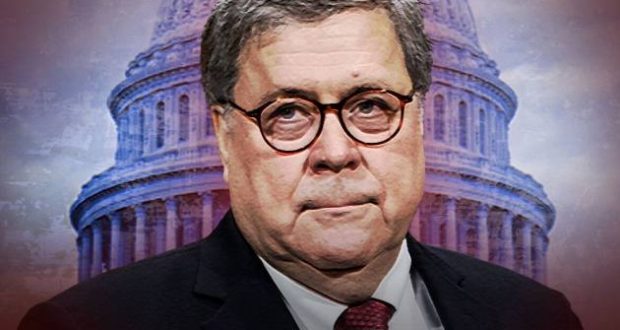 The Supreme Court ruled 5–4 that the rationale the administration provided for adding the question—that it would enforce the Voting Rights Act—was “contrived,” seeming to block, at least temporarily, the addition of the question.

“We are presented, in other words, with an explanation for agency action that is incongruent with what the record reveals about the agency’s priorities and decision-making process,” Chief Justice John Roberts wrote.

Writing the dissenting opinion, Justice Clarence Thomas said that the Supreme Court’s “only role in this case is to decide whether the Secretary complied with the law and gave a reasoned explanation for his decision.”

“Unable to identify any legal problem with the Secretary’s reasoning, the Court imputes one by concluding that he must not be telling the truth,” he added.

Barr said on July 8 that the administration will take action soon that will likely let the question be added legally.

“I agree with him that the Supreme Court decision was wrong,” the attorney general told The Associated Press after touring a federal prison in South Carolina. He said he believes there is “an opportunity potentially to cure the lack of clarity that was the problem and we might as well take a shot at doing that.”

President Donald Trump told reporters on July 5 that he had “four or five options” to get the question on the census, including an executive order. Lawyers for the Department of Justice told a federal judge on July 3 that they had possibly identified “a legally available path under the Supreme Court’s decision.”

The department replaced the legal team working on the case on July 7.

Spokeswoman Kerri Kupec didn’t give a reason for the change. An official at the department told The Epoch Times that the new team would be a mix of career and political appointees, including lawyers who work in the consumer protection branch.

James Burnham, a top lawyer in the department’s civil division who was the leader of the team working on the issue, told Barr that some of the people working on the case preferred “not to continue during this new phase,” the attorney general told The Associated Press.

Barr said he didn’t have details on why the attorneys didn’t want to continue, but “as far as I know, they don’t think we are legally wrong.”

Burnham came to him and “indicated it was a logical breaking point since a new decision would be made and the issues going forward would hopefully be separate from the historical debates.”

“If they prefer not to embark on this next phase, then I thought it could make sense to change,” Barr said.

Opponents of the question, including prominent Democrats, have argued that the question would strike fear in immigrants, making them less likely to fill out the census.

Census Bureau workers wrote in a 2017 memo (pdf) that survey respondents were concerned about the confidentiality of the data with regard to immigration enforcement. The citizenship question, which was on the census for centuries until the 1950s, doesn’t distinguish between legal and illegal immigrants.

Commerce Secretary Wilbur Ross, who oversees the Census Bureau, said (pdf) that “while there is widespread belief among many parties that adding a citizenship question could reduce response rates, the Census Bureau’s analysis did not provide definitive, empirical support for that belief.”