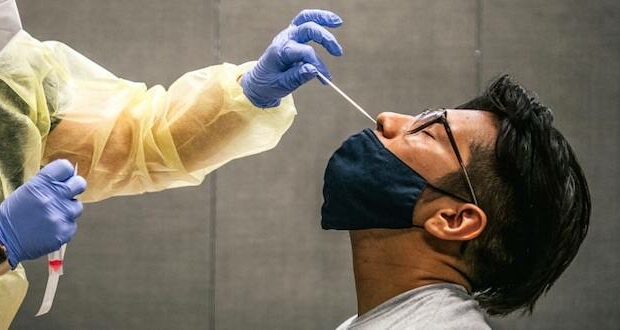 The Biden administration spending $1 billion to purchase an additional 180 million rapid COVID-19 tests on top of the $2 billion announced in September. The news comes as an Australian company has recalled hundreds of thousands of tests after they returned false-positive results which critics say wrongly increased the Covid rate across the nation.

“We’ll continue to pull every lever to expand manufacturing production of tests which will have the impact of driving down the cost per test and making sure that tests are widely available and convenient,” Zients said.

The government will also double the number of pharmacies it partners with to provide free COVID-19 tests to 20,000 pharmacies, Zients added.

Surging demand for COVID-19 tests from U.S. employers has exacerbated a nationwide shortage of rapid tests in recent weeks and is driving up costs for state and local testing programs.

President Joe Biden in September said he plans to mandate weekly testing for unvaccinated staff at businesses with more than 100 employees. The decision has not been made law and until now, only remains a statement in a press release. State Attorneys general say they’ll challenge what they see as an unconstitutional burden on over 80 million American employees.

The average number of daily U.S. coronavirus cases dropped by 12% over the last seven days to nearly 98,000, and hospitalizations dropped 14% to 7,400, said U.S. Centers for Disease Control and Prevention (CDC) Director Dr. Rochelle Walensky said during the briefing.

Missouri Attorney General Eric Schmitt has joined at least 24 other AGs who oppose the Biden plan. “I’m going to continue to sue on these unauthorized executive actions. They’re antithetical to our republic and threaten individual liberty,” Schmitt stated.

I joined @FoxBusiness on the fight against Biden’s #VaccineMandate

I’m going to continue to sue on these unauthorized executive actions. They’re antithetical to our republic and threaten individual liberty. pic.twitter.com/BdL7zF1hXi