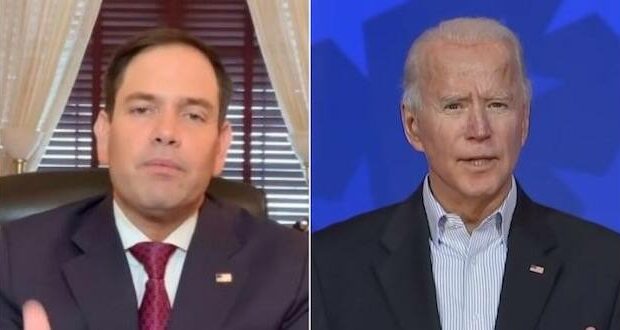 President Joe Biden is being called out for hypocrisy after he floated a ban on Americans traveling to Florida and other states over Covid fears.  The suggestion comes as his administration prepares to let 25,000 migrants into the country from Mexico –  migrants that news reports say have an extremely high rate of Covid-19 infections.

The United States Constitution is explicit in stating, “The Citizens of each State shall be entitled to all Privileges and Immunities of Citizens in the several States.” Since the circuit court ruling in Corfield v. Coryell, freedom of movement has been recognized by federal courts as a fundamental Constitutional right.

The Mexican government stated in mid-January that it was joined by 10 North and Central American countries that are concerned about the health risks of COVID-19 among migrants without proper documents.

That hasn’t stopped the Biden administration from opening up the border while, at the same time, suggesting restricting the movement of Americans between states.

U.S. Senator Marco Rubio (R-FL) criticized the policy on Fox News saying “So now that they’re considering actual restrictions on Americans inside the country, I think it is unconstitutional,” he asserted.. “I think it’s going to be challenged in court successfully.”

Political analysts say that the Biden policy towards Florida is not based on science but, rather, politics given calls for Florida Gov. Ron DeSantis to run for President in 2024. DeSantis is a popular Republican.

DeSantis, in an appearance on the Fox News show “Sunday Morning Futures,” criticized the Biden administration for floating the idea of a coronavirus travel ban and pointed out the state’s success in opening schools and vaccinating its population. DeSantis referred to Biden as a “lockdowner” and said his actions were punitive.

“Well, one, it would be unconstitutional,” DeSantis said of the proposed domestic travel ban. “It would be a political attack against Florida. If you look, Maria, right now, you hear this debate over schools. Florida schools have been open the whole school year. We have — every parent in Florida has the right to send their child to in-person instruction. Every worker has a right to work and earn a living and put food on the table. And every business has a right to operate. And, consequently, our state is doing very well compared to these other states in terms of education and economy.”

DeSantis pointed out that half all U.S. states have a higher Covid morbidity rate and said Biden is not following the science.

“But we also have 26 other states and the District of Columbia that have higher per capita COVID mortality than we do,” he contended. “We have 28 states that have higher per capita cases than we do for the bulk of the pandemic. And if you look right now, states that are always held up by people in Biden’s administration, like New York, have way higher per capita patients hospitalized for COVID right now. So, there’s no basis in medical, there’s no basis in economics, there’s no basis, in reality, to do this, except to punish a state that is doing it better than what his experts have recommended. Biden is a lockdowner. His advisers are lockdowners. Lockdowns don’t work. We have demonstrated that. We’re not turning back, Maria. And they will not be able to get away with targeting Florida.”

“…No policy announcements are imminent, and that any move to restrict travel or impose new health measures would be taken in partnership with state and local governments,” a White House spokesperson stated.

Airlines say that mandating Covid tests for passengers would be a nightmare.

“I would say that CDC is looking at all its options, but, you know, there has got to be common-sense medicine, science really driving this,” Buttigieg said on CNN last week.

Previous: Actor Jim Caviezel calls out America for its great sin of abortion
Next: Ethiopia comes apart as ethnic Tigray Christians battle the government and each other