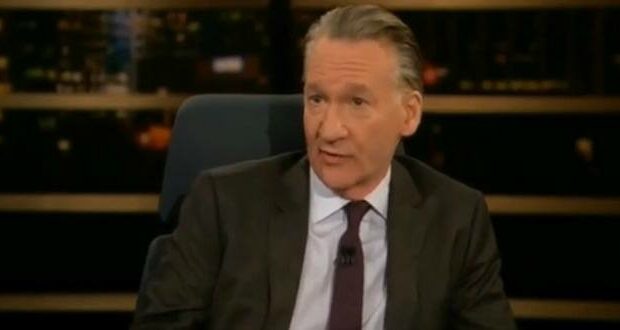 “We live in a prison yard in this country, which is everything is tribal,” he said on his show. ”And like anything that has to do with schools or education is something really the Democrats have to answer for, because they control it. I mean, when you look at the Democratic convention, it’s like three-quarters of them are teachers. My sister’s a teacher. I’m a big defender of teachers, but what’s going on in schools is outrageous, and somebody needs to answer for it.”

A 6-year-old in Virginia recently brought a gun to school and shot his teacher. Subsequent reports revealed administrators purportedly downplayed complaints from his teacher, 25-year-old Abigail Zwerner. A librarian also told reporters that assaults against teachers, students and staff were routine.

“How did we completely lose control?” Maher asked. “How could any kid learn in this atmosphere when you can’t even survive? And these are all schools. This is not just inner-city schools. I hear this anecdotally from people. We’ve completely lost control of our schools.”

Substack writer Andrew Sullivan said one of the issues is the lack of respect in today’s culture for authority figures.

“One thing we used to tell kids was that there is someone in authority,” he said. “And at some point, you have to take note of that person in authority. Children who are taught there’s no such thing as authority — the most important thing is expressing yourself at all times — are never held responsible for anything or constantly being excused for everything, they’re gonna end up this way. They need direction. People need authority.”

Sullivan, who is homosexual, added, “I don’t want to teach 5-year-olds about being gay.”

“I think wait a little bit, and they’ll pick it up, anyway,” he said. “It’s not like they can’t watch the TV. They’re not telling them that, they’re telling them something worse. They’re telling that people can choose to be a boy or a girl or neither or both or something else entirely. That is a lie. You can’t. And it’s done in order to placate certain special interests in Washington, mainly the LGBTQIA+ people who’ve also been captured by the far left. We should say no to this.”