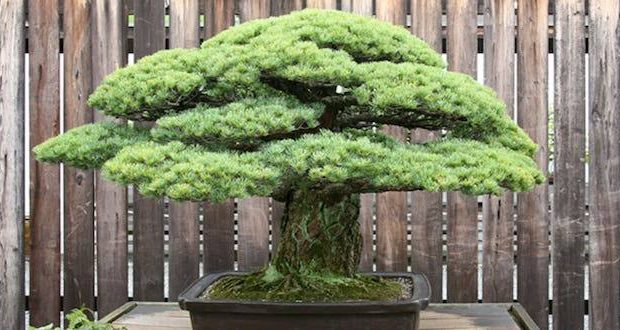 Bonsai tree that survived Hiroshima on display in Washington

A fisherman some 20 miles away from Hiroshima, Japan, described it as a tremendous thunder, but few within two miles from where the bomb hit reported even hearing the blast.

A Jesuit priest four miles away described the noiseless flash as “a light-like magnesium light, flash of light, which filled the whole valley.”

An atomic bomb, one of a pair that would end World War II, was dropped on the first of two Japanese cities 74 years ago on August 6, 1945.

Six days after the bombings of Hiroshima and Nagasaki, Japanese Emperor Hirohito announced his nation’s surrender to Allied forces.

After the Enola Gay dropped the bombs, little was left standing except for a few shells of the strongest buildings. But there was something else stubbornly holding on to life – a nearly 400-year-old bonsai tree.

That tree now lives in Washington, DC. It’s one of more than 300 bonsai trees at the National Bonsai Museum, but it’s the only one to withstand a nuclear blast.

“The home did have a concussion that knocked out the windows, but the people and the tree were ok,” said Michael James, the curator of the National Bonsai and Penjing Museum.

For five generations, the now 394-year-old Bonsai tree lived under the care of the Yamaki family of Hiroshima. The family and their tree survived the blast that killed so many.

“They were protected by the nursery walls that are very similar to the walls of this Japanese pavilion. They were tall, they protected from the blast,” James explained.

Years after the war, Masaru Yamaki donated the tree to the US.

“This tree was part of a gift from the people of Japan to the USA in 1976 for our bicentennial,” James noted, adding that “it was a gift of 53 trees and that’s what started this museum.”

Now those trees are under his care. James says that the literal translation of bonsai is “a tree in a tray,” and that “it’s a miniaturized tree through training, these aren’t bonsai species, they are any tree that can grow in the landscape or in nature.”

It takes hours to water all the trees at the Bonsai museum, but there’s more to this art form than just watering.

“We’ll use wires and wrap them around and then that way you can easily shape and maneuver the branches,” said Andy Bello, an apprentice to the museum curator.

“We can rotate the trees weekly,” said Bello, before showing off a holster of specialized Bonsai tools.

The trees range in size from decades’ old trees in tiny pots to the 400-pound Yamaki pine from Hiroshima, but they all have one thing in common.

“It’s lived its entire life in a container,” said James.

Previous: America’s Founders left us the answer for the massacres
Next: Groups back President’s warning of video game-linked violence