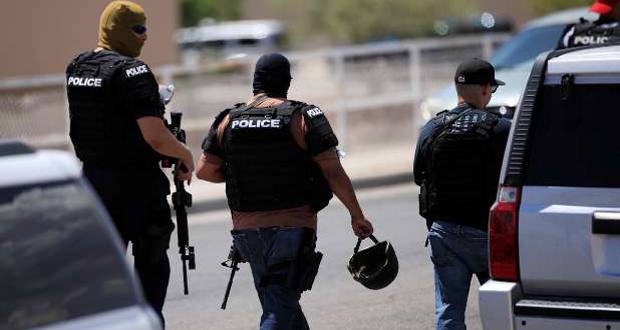 America’s Founders left us the answer for the massacres

The horrific massacres in El Paso, Texas, and Dayton, Ohio, are stark reminders that something is disturbingly amiss in American culture. Leftists will politicize these tragedies and use them as weapons against their political opponents and the Second Amendment.

The problem lies with the loss of our Christian culture with its moral imperatives. America’s founders, who diligently studied the history of nations and empires, understood this clearly. These massacres are but one symptom of this change in culture.

John Adams, for example, warned of the dangers for a society whose populace is unchecked by Christian morality. He said,

We have no government armed with power capable of contending with human passions unbridled by morality and religion … Our Constitution was made only for a moral and religious [Christian] people. It is wholly inadequate to the government of any other (Hyatt, Pilgrims and Patriots, 173).

George Washington made the same point in his Farewell Address after serving two terms as the nation’s first president. He said, “Of all the dispositions and habits that lead to political prosperity, religion and morality are indispensable supports.” He then warned us not to entertain the supposition that “morality can be maintained apart from religion” (Hyatt, 169).

When the Founding Fathers used the word “religion” they were referring to “Christianity.” It is of utmost importance to note that Washington saw Christianity, not as something to be tolerated, but as an indispensable support for national stability and prosperity.

The founders understood that a moral and Christian people would be guided and restrained by their faith convictions, apart from outward laws. They formulated the Constitution, including the Second Amendment, with this sort of people in mind.

This is why James Madison, the primary architect of the Constitution, said:

“The belief in a God All Powerful wise and good, is so essential to the moral order of the world and to the happiness of man, that arguments which enforce it cannot be drawn from too many sources nor adapted with too much solicitude to the different characters and capacities impressed with it” (Hyatt, 131).

Should we be surprised at what is happening, with these massacres and other evils in the news? For the past 60 years, there has been an all-out assault on Christianity in the public square with prayer, Bible reading and Christian symbols being forcibly removed from public schools and government property.

In our public schools, children are taught, not that they were created by a loving, all-powerful God, but that they evolved by chance from some cosmic soup somewhere. Without God, life has no meaning because we are only here by the chance clashing of atoms and molecules.

Such a belief system rejects absolute truth and leaves everyone to do whatever is right in their own eyes. Human life is demeaned, for given time and the proper environment, the bug crawling across the floor could evolve into something like us.

This is why America’s founders detested atheism. Atheism offers no meaning for life and no transcendent morality to guide a people and nation. That is why, in taking the first presidential oath of office, George Washington placed his hand on a Bible. He was acknowledging a higher power and intelligence than his own by which the nation would be guided.

Church, It’s Time to Get Serious

During America’s brief history, the ultimate answer to her woes (these latest massacres are just the current example) has come in the form of national spiritual awakenings. These awakenings, of which there have been several, have revitalized morality and Christianity in the populace. Hearts were changed, and people began striving to live by the Golden Rule and to treat others fairly and justly.

America desperately needs another such awakening. Only another national, spiritual awakening will resolve the many societal issues, including the present gun controversy, for it will restore to this land the kind of people for whom the Constitution was originally written.

In speaking of spiritual awakening, I am not referring to another human-contrived religious event. I am referring to something from heaven, as on the Day of Pentecost, that comes in response to the desperate prayers and faith of God’s people.

So, let’s take seriously the biblical passage so often quoted by our vice president, Mike Pence. Second Chronicles 7:14 says, “If My people who are called by My name, will humble themselves and pray, and seek My face and turn from their wicked ways, then I will hear from heaven, and will forgive their sin and will heal their land.”

Dr. Eddie Hyatt has a passion to see America return to her founding principles of faith and freedom. He has written several books, including Pilgrims and Patriots, that show how America was birthed out of a great spiritual awakening. He has also created America’s Reawakening, which he shares in churches, colleges and any venue where there is a hunger to know the truth of America’s origins and how we can recover the vision of America’s founders.