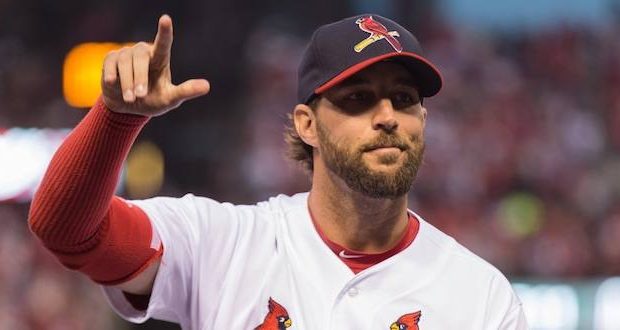 St. Louis Cardinals All-Star pitcher Adam Wainwright told his Twitter followers last week that he would begin reading selections each day from the Old and New Testaments and Psalms. It’s part of his endeavor to read through God’s word in one year. He also set up a Twitter account dedicated to the effort and invited fans to read with him. So far, 13,500 have followed his new account, Walking With Waino, where he posts updates about the daily readings.

“This is a cool opportunity for me to walk through God’s Word in community with you,” he wrote. “It’s my prayer that this would be a blessing and a daily encouragement to you all.”

Wainwright, 38, is a two-time World Series champion and three-time National League All-Star. He’s also led the league twice in wins. His Bible study invitation began with a simple message posted on his primary Twitter account, which has 285,400 followers.

“Hey everybody,” he wrote. “This won’t be for everyone, but it’s an important part of my life. Most of y’all probably just want to talk baseball, etc. BUT, if you want to read through the Bible with me In one year you can join my other twitter account … @walkingwwaino.”

Soon, thousands had signed up. Wainwright’s church, St. Simons Community Church in Georgia, set up a webpage dedicated to the journey. Bible readers can sign up on the website to receive daily journal insights from him via email. Wainwright seemed surprised by the reaction. “I can’t believe the response on here so far!” he wrote on Twitter.