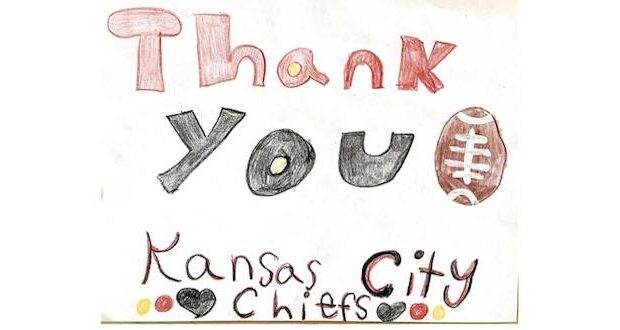 The Kansas City Chiefs were not the only winner in last Sunday’s playoff game against the Buffalo Bills. Fans have donated more than $250,000 to a Buffalo children’s hospital in honor of Bills quarterback Josh Allen, many in increments of $13.

Thirteen is the number that immediately entered NFL lore after Kansas City needed just 13 seconds to drive for a game-tying field goal in Sunday’s AFC divisional-round win over the Bills as time expired. The game then went to overtime, at which point Chiefs quarterback Patrick Mahomes led a game-winning touchdown drive as Allen could only watch.

Much respect to #BillsMafia from #ChiefsKingdom pic.twitter.com/FfxwQ1164T

On Wednesday, John R. Oishei Children’s Hospital in Buffalo announced it had received more than a quarter of a million dollars and thanked “Chiefs Kingdom” for setting the windfall in motion. The hospital also noted the help of a Chiefs fan account called Chiefs Kingdom Memes, which on Monday first shared the idea of making $13 donations to a fund that bears the name of Allen’s late grandmother and benefits the children’s facility in Buffalo.

Despite a heartbreaking @BuffaloBills loss Sunday night, our hearts are warm this morning waking up to $13 donations coming from @ChiefsMMZ @Chiefs fans! Thank you all so much, your support helps ensure great care for the kids and families in WNY ❤️ @JoshAllenQB

Brett Fitzgerald, the fan who runs the account, said in a post that his initial plan was to encourage $13 contributions to a charity established by Mahomes. A friend later pointed out to Fitzgerald that based on recent actions by Buffalo fans — a.k.a. Bills Mafia — they would have been likely to organize a fundraiser on behalf of the Kansas City quarterback if the Bills had managed to win.

“Changing the donation suggestion to Josh’s charity seemed more appropriate,” Fitzgerald wrote. “It’s to celebrate, obviously, the Chiefs’ victory and how it was, while giving due respect to Josh Allen, the Bills and Bills Mafia.”

The children’s hospital previously ws showered with donations from Bills fans following the unexpected death of Allen’s grandmother late in the 2020 season. To help show support for their quarterback, who was in the midst of a breakout campaign after a shaky first two seasons, fans raised so much money — more than $1 million, much of it in increments of $17 to reflect Allen’s jersey number — that a pediatric recovery wing of the hospital was named in honor of his grandmother, Patricia.

Previous: Homeschooling expands across nation as schools push restrictive Covid policies
Next: You can support law enforcement by becoming community members of Fraternal Order of Police