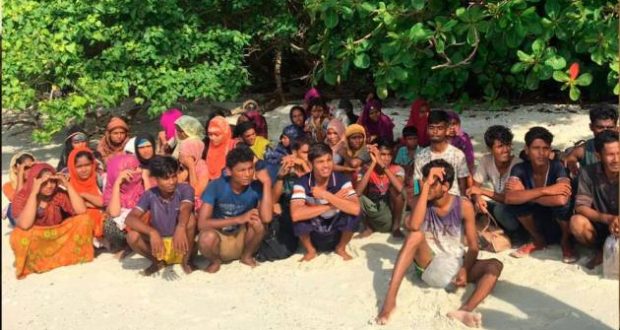 Christian charity Tearfund is assisting refugee children who have fled from Myanmar and are not allowed to enter the education system in Bangladesh.

Over half of the almost 1 million refugees currently residing in sprawling camps just over the Bangladeshi border are children. The Rohingya are an indo-aryian people, primarily Muslim, that have been forced from their homes in Myanmar (formerly Burma) during the last three years.

Without any access to the Bangladeshi educational programs, hundreds of thousands of refugees are being starved of education which could create a generation of poverty, crime and sexual exploitation if not addressed.

“A whole generation of Rohingya children have no opportunity to pursue their dreams, and a future of poverty becomes more and more likely,” said Tearfund’s Rohingya Response Manager James Rana in a press release. “For them, it seems school’s out permanently, not just for summer. We are working to provide skills and fun for the children, as well as vital relief to families, who are living through such a difficult time.”

One boy told the agency that his dreams of becoming a doctor are fading with every month that passes by. He anticipates it will be a further 10-15 years before he can safely return home, by which point he’ll be too old to train in the medical profession. “I don’t like living here – we don’t have our own house, I can’t go to school, I have nothing to do,” the child explained. “I just roam around. I don’t feel good, I just feel bored. We don’t have freedom here.”

In addition, many of these kids are suffering from lasting trauma, having been forced to flee their homes upon threat of death.

“Many people cannot forget what they have witnessed and we know the negative effects of trauma in childhood can last a lifetime,” Rana explained. noting that Tearfund has “been setting up adolescent clubs which are safe spaces for teenagers to meet, read, play and help them overcome some of the trauma they have experienced, whilst raising awareness on issues such as health and hygiene.”

In total, Tearfund has developed some 16 centers, serving around 700-800 kids. In these places of refuge, Rohingya refugees are able to access counseling, play, draw, write poems, do informal maths and sing songs together.

The charity also noted that it is committed to assisting the local Bangladeshi community, who have been impacted by such an enormous influx of people to their region.

“The local Bangladeshi population have welcomed the Rohingya people with generosity, but they are inevitably impacted by such a large influx into an already poor area,” said Tearfund’s Head of Asia Region, Steve Collins. “We’re helping these people to re-assess their skills and the market conditions, and training them to set up small businesses such as rearing goats and cows and tailoring.”

The refugee camps around the Bangladeshi city of Cox’s Bazar are the largest on earth. According to the United Nations Office for the Coordination of Humanitarian Affairs, the majority of refugees live in “34 extremely congested camps, including the largest single-site, the Kutupalong-Balukhali Expansion Site, which is host to approximately 626,500 Rohingya refugees.”

For more information on Tearfund, visit their website by clicking HERE.

Previous: Wycliffe Bible translator murdered, wife’s hand cut off by Muslim attackers
Next: Historic: Jews, Christians pray at The Hague to call nations back to Jerusalem