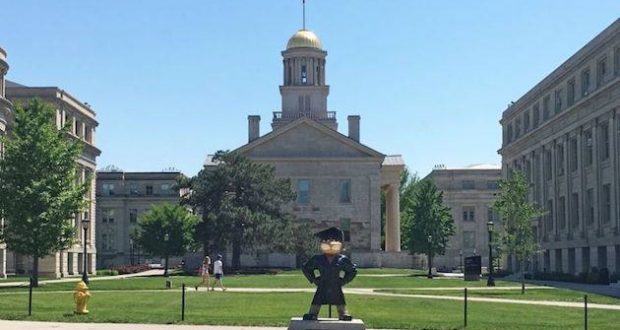 The U.S. Court of Appeals for the Eighth Circuit has ruled in favor of a Christian club that was kicked off campus by officials at the University of Iowa.

The story began in 2017 when University of Iowa officials de-registered Business Leaders in Christ (BLinC) for requiring leaders of the club to sign a Statement of Faith. The club helps students integrate their faith with business. All students are permitted to join the club, including non-Christians. The club requires its leaders to share its Christian beliefs. Leaders of the group are required to sign a Statement of Faith.

A federal district court ruled in favor of BLinC, but the university increased its discriminatory treatment other religious clubs. This week, the U.S. Court of Appeals for the Eighth Circuit also ruled in favor of the club, but also stated that the University of Iowa officials can be held personally accountable when they discriminate against religious students.

When one student filed a complaint claiming that he was denied leadership in the club due to his sexual orientation, the school allegedly told BLinC that it must “revise” its statement of faith and submit an “acceptable plan” for selecting leaders. When BLinC refused, the club was de-registered and booted off campus.

BLinC filed suit and was represented by Becket Law. Attorney Eric Baxter said, “BLinC takes good students and makes them better by strengthening their resolve to remain true to their moral compass in the cutthroat business world.” He added, “Any wise university would be thrilled to have them on campus, but the University of Iowa tried hounding them off instead. Fortunately, the First Amendment protects their right to remain on campus on the same terms as every other student group.”

In 2018, a district court ruled in favor of BLinC, reinstating the group on campus and informing the school that they must not target groups based on religion. The school instead began discriminating against virtually all religious clubs, but still allowed other secular groups to have requirements for leadership based on their mandated gender or ideology.

A year later, in a separate hearing, the district court addressed the university’s reaction and ruled that officials had “deliberately exempted some groups from its Human Rights Policy.”

The judges wrote that “The undisputed evidence show BLinC was prevented from expressing its viewpoints on protected characteristics while other student groups… [were] permitted to do so…The Constitution does not tolerate the way [the university] chose to enforce the Human Rights Policy. Particularly when free speech is involved, the uneven application of any policy risks the most exacting standard of judicial scrutiny, which [the university] ha[s] failed to withstand.”

The U.S. Court of Appeals for the Eighth Circuit decided in favor of BLinC as well based on its free speech and expressive-association claims. However, the three-judge panel also summarily ruled that Iowa administrators can be held personally liable for their discriminatory behavior. A lower court will determine the damages to be awarded.

In his ruling Judge Jonathan A. Kobes stated, “The law is clear: state organizations may not target religious groups for differential treatment or withhold an otherwise available benefit solely because they are religious. That is what happened here. The individual defendants may pick their poison: they are either plainly incompetent or they knowingly violated the Constitution. Either way, they should not get qualified immunity.”

Baxter celebrated the ruling, saying, “It’s deeply ironic that school officials tried using the university’s nondiscrimination policy to discriminate against religion. They knew this was wrong, yet did it anyway. We’re pleased the court has recognized that such blatant religious discrimination brings personal consequences.”

Whether BLinC receives actual damages or not, this is a significant victory for students of faith because it serves as a notice to university officials who seek to discriminate will cause the school to face consequences,  be held personally liable themselves. 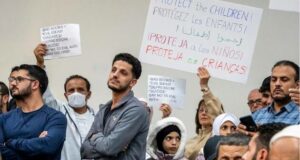 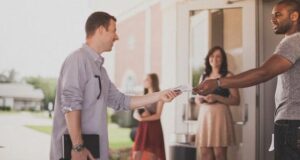