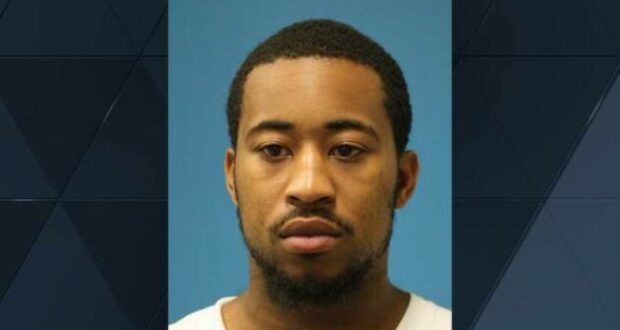 His arrest came after an undercover operation at Argosy Casino in August, Fox 2 News in St. Louis reported. Victims told officers during an interview they routinely were sent on dates by an individual by the name of “Huss,” an alias used by the suspect. One woman explained that she would receive text messages from the suspect directing her to a location, with no knowledge of the details of the commercial sex deal negotiated by him.

She told authorities the defendant would threaten to kill her if she did not return with the money she received for engaging in the sex acts. Court documents say Green had threatened to kill the woman’s mother. The victim also reported instances where Green held a gun to her head and a knife to her throat.

The sting operation was part of “Operation United Front,” which was organized by the Missouri Attorney General’s Office and the Highway Patrol. Attorney General Eric Schmitt announced more than 100 arrests, with 47 victims rescued across 12 states.

In Springfield, a local human trafficking advocate said the details of those cases are similar to stories she hears from victims every day in the Ozarks. “Anything that a person is vulnerable for and they need can be exchanged for some kind of sexual exploitation,” said Jenifer Sturdivan of STAND Against Trafficking.

Human trafficking can be common in rural areas such as the Ozarks where traffickers can easily find and prey on vulnerable people.

“For people that are homeless or for people that don’t have a job or need something, that’s a vulnerability,” she said. “And if there aren’t resources to help them meet that, then one of the things that traffickers look for is a way to swoop in and say, ‘Hey I can meet this need for you, you just need to do this for me.’”

Sturdivan says she learned through speaking with victims that trafficking doesn’t often start with someone being snagged at a truck stop. “It’s more relational than that,” she said. “There’s a grooming process. It’s not that you just see somebody and snatch them up. The grooming process is relational.”

Grooming can start with a friendly face coming up to you in a public place. “No matter what your age is, don’t talk to anybody you don’t know on social media that you haven’t met in person first,” she said. “That is the biggest lure for traffickers.”

Previous: Warren Harding and his historic speech on race: how did America respond?
Next: Christian Employers Alliance sues Biden administration over transgender mandates