Home / News / Culture Watch / What do leaked Facebook documents reveal about its response to sex trafficking? 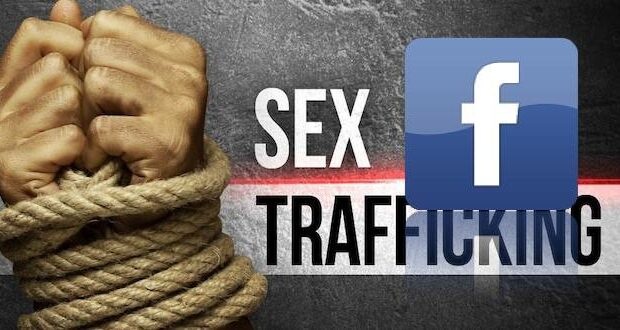 Does Facebook allow sex trafficking organizations to use the site while banning Christians? It does says media critic Ted Baehr in an interview on CBN News.

Baehr laid out the social media connection between drug cartels and human trafficking saying it is a “gigantic” problem that so far, very few are speaking about. “I was one of the founding board members of the National Coalition on Sexual Exploitation. It’s been a bigger and bigger problem, especially when we talk about the crackdown on conservative sites or Christian sites,” he said. “Because they say on Facebook that the cost of doing business in Africa and the Middle East is allowing all of these different businesses to use it. These businesses are sex slavery. These businesses are trafficking.”

Newly released internal documents, of which the media is focusing on the connection between teen girls and Instagram, also reveal a much bigger issue.

While Facebook gatekeepers reported to their superiors human trafficking efforts in the Middle East and sex trafficking activities by armed Ethiopian militias, it turned a blind eye towards similar activities in Mexico and the United States, according to an investigative story by The Wall Street Journal.

The story states that Facebook was alerted that a Mexican drug cartel was using the social media behemoth to recruit, train and pay hitmen. Shockingly, the documents prove the company didn’t stop the cartel from posting on Facebook or Instagram.

“Anybody will tell you who’s concerned about this issue that there’s more slavery today than there’s ever been in terms of sex slavery,” Baehr said. “So these cartels are using Facebook. Facebook has said, ‘We are going to address the issue.’ They’ve never really addressed it.”

For Facebook, harm in developing countries is “simply the cost of doing business,” Brian Boland, a former Facebook vice president who oversaw partnerships with internet providers in Africa and Asia before resigning last year, told the Journal.

Facebook’s safety efforts are focused on wealthier markets with powerful governments and media institutions, he added, noting that more than 90% of monthly users are now outside the U.S. and Canada.

“There is very rarely a significant, concerted effort to invest in fixing those areas,” he added.

In the U.S., Facebook and other social media platforms use Section 230 of the U.S. Communications Decency Act to protect themselves from lawsuits over what users post online. One of the clauses of Section 230 states that what users say or write online is not akin to a publisher conveying the same message. However, the same clause that shields online platforms from liability is often used to ban conservative viewpoints.

Facebook has regularly restricted Christians and conservatives who exposed the brutalities of foreign regimes or stating biblical positions on everything from marriage and abortion to the teaching of children.