Home / News / Columns / Warren Harding and his historic speech on race: how did America respond? 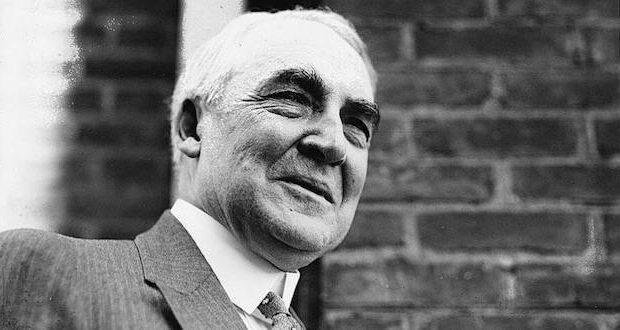 Warren Harding and his historic speech on race: how did America respond?

No matter which major party won America’s presidential election in 1920, the country was destined for another chief executive from Ohio. Both major party candidates, Republican Warren Harding and Democrat James Cox, hailed from the Buckeye State.

The likeable Harding emerged as a landslide victor, died in office two and a half years later, and is poorly regarded by the bulk of “professional” historians. It’s not the first time, however, that the self-anointed “experts” deviated from the masses. (Have you seen the scores on RottenTomatoes.com for the film, Fauci? The “top critics,” numbering 16, awarded it 94% positive Tomatometer rating audiences gave it a measly 2% positive score.

Harding, a populous Republican, was popular among Americans as a whole, largely because—unlike his meddlesome and preachy Democratic predecessor Woodrow Wilson—he left us alone, cut our taxes and kept the peace. People were so disgusted with the big government of the staunchly racist Wilson that even a mediocre successor betrayed by a few corrupt underlings looked good by comparison. Of some 80 US Treasury Secretaries in the country’s history, by the way, Warren Harding appointed the best of them, Andrew Mellon. 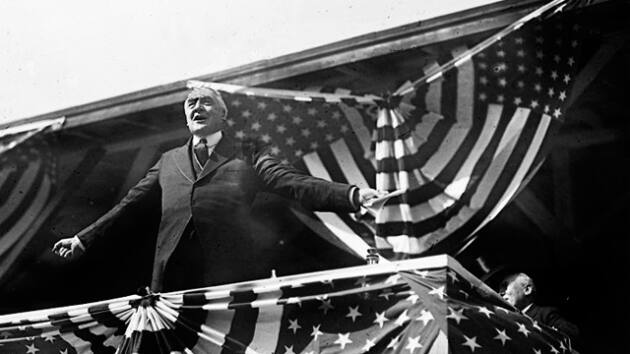 If I were to assign a Tomatometer score to Harding’s White House tenure, it would probably be 50%, or about a 5 on a 10-point scale. Not the worst (Wilson earns that award), and not the best. But because Harding rarely gets a fair shake, I’d like to praise him on this centennial date of something he did well.

It was October 26, 1921. The scene was an assembly of 30,000 people in the heart of the deeply Democratic and Jim Crow South—Birmingham, Alabama. Racial tensions had bubbled up everywhere in the aftermath of race riots such as the Tulsa Massacre only five months before. There in Birmingham, President Harding became the first American president of the 20th Century to openly call for the political equality of blacks in largely white America.

The audience was segregated—20,000 whites in the front, 10,000 blacks in the rear. When the President finished, the cheers all came from the back.

On race, Warren Harding was in one way a product of his times. He endorsed blacks and whites going their separate ways in social settings if they so chose. He was not a fan of intermarriage.

But when it came to race and the law, he was well ahead of his time. He spurned the notion that the law should treat one race differently than another. He warned the Birmingham audience that he was going to speak frankly “whether you like it or not,” and he sure did.

He noted with regret, for example, that “Thousands of black men, serving their country [in World War I] just as patriotically as did the white men, were transported overseas and experienced the life of countries where their color aroused less antagonism than it does here.”

Harding said it was a “colored” soldier who told him that “the war brought his race the first real conception of citizenship—the first full realization that the flag was their flag, to fight for, to be protected by them, and also to protect them.”

The good folks in 1921 Birmingham needed to hear that, especially from the highest official in the land.

Harding told the 30,000 assembled in Birmingham that the goals we should pursue together are “complete uniformity in ideals, absolute equality in the paths of knowledge and culture, equal opportunity for those who strive, and equal admiration for those who achieve.”

He declared that while blacks and whites should be free to associate or to separate in their personal and social choices, pursuing even a degree of racial pride if they want, there should be “no occasion” for “limitations of the individual’s opportunity.”

“I would insist upon equal educational opportunity for both” blacks and whites, he said.

Here are additional excerpts from Harding’s exceptional and historic speech:

These things lead one to hope that we shall find an adjustment of relations between the two races, in which both can enjoy full citizenship, the full measure of usefulness to the country and of opportunity for themselves, and in which recognition and reward shall at last be distributed in proportion to individual deserts, regardless of race or color.

Coming as Americans do from many origins of race, tradition, language, color, institutions, heredity; engaged as we are in the huge effort to work an honorable national destiny from so many different elements; the one thing we must sedulously avoid is the development of group and class organizations in this country. There has been time when we heard too much about the labor vote, the business vote, the Irish vote, the Scandinavian vote, the Italian vote, and so on. But the demagogues who would array class against class and group against group have fortunately found little to reward their efforts. That is because, despite the demagogues, the idea of our oneness as Americans has risen superior to every appeal to mere class and group. And so I would wish it might be in this matter of our national problem of races. I would accent that a black man can not be a white man, and that he does not need and should not aspire to be as much like a white man as possible in order to accomplish the best that is possible for him. He should seek to be, and he should be encouraged to be, the best possible black man, and not the best possible imitation of a white man.

Just as I do not wish the South to be politically entirely of one party; just as I believe that is bad for the South, and for the rest of the country as well, so I do not want the colored people to be entirely of one party. I wish that both the tradition of a solidly Democratic South and the tradition of a solidly Republican black race might be broken up. Neither political sectionalism nor any system of rigid groupings of the people will in the long run prosper our country. I want to see the time come when black men will regard themselves as full participants in the benefits and duties of American citizenship; when they will vote for Democratic candidates, if they prefer the Democratic policy on tariff or taxation, or foreign relations, or what-not; and when they will vote the Republican ticket only for like reasons. We can not go on, as we have gone for more than a half century, with one great section of our population, numbering as many people as the entire population of some significant countries of Europe, set off from real contribution to solving our national issues, because of a division on race lines.

I plead with my own political party to lay aside every program that looks to lining up the black man as a mere political adjunct. Let there be an end of prejudice and of demagogy in this line. Let the South understand the menace which lies in forcing upon the black race an attitude of political solidarity. The greater hope, the dissipation of hatred, the discouragement of dangerous passions lie in persuading the black people to forget old prejudices and to have them believe that, under the rule of whatever political party, they would be treated just as other people are treated, guaranteed all the rights that people of other colors enjoy, and made, in short, to regard themselves as citizens of a country and not of a particular race.

When I speak of education as a part of this race question, I do not want the States or the Nation to attempt to educate people, whether white or black, into something they are not fitted to be. I have no sympathy with the half-baked altruism that would overstock us with doctors and lawyers, of whatever color, and leave us in need of people fit and willing to do the manual work of a workaday world. But I would like to see an education that would fit every man not only to do his particular work as well as possible but to rise to a higher plane if he would deserve it. For that sort of education I have no fears, whether it be given to a black man or a white man. From that sort of education. I believe, black men, white men, the whole Nation, would draw immeasurable benefit.

Those were bold and remarkable words for a president to utter in 1921, let alone a president written off by later historians as unworthy of the job. The country certainly never heard anything like this from Woodrow Wilson, who did all he could to keep blacks out of the federal government, or to segregate them if they slipped in. Republican Harding hired blacks; Democrat Wilson fired them.

One more thing you should know is exactly where in Birmingham that the under-rated Harding said these admirable things. It was—no kidding—in a place called Woodrow Wilson Park.

– Bu Lawrence W. Reed |Foundation for Economic Education President Emeritus, Humphreys Family Senior Fellow, and Ron Manners Global Ambassador for Liberty, having served for nearly 11 years as FEE’s president (2008-2019). He is author of the 2020 book, Was Jesus a Socialist? as well as Real Heroes: Incredible True Stories of Courage, Character, and Conviction and Excuse Me, Professor: Challenging the Myths of Progressivism. Follow on LinkedIn and Parler and Like his public figure page on Facebook. His website is www.lawrencewreed.com.