Home / Entertainment / Downton Abbey 2 will return in time for Christmas 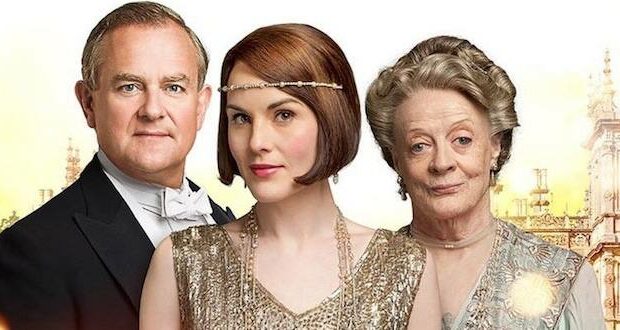 Producers have announced that Downton Abbey 2 will hit theaters this Christmas.

Peter Kujawski, chairman of Focus Features, made the announcement today that the original principal cast will all once again return for the second film which began production last week and is set to release December 22, 2021.

In addition to the original cast, Hugh Dancy, Laura Haddock, Nathalie Baye and Dominic West will join the cast. Downton creator Academy-Award winner Julian Fellowes will once again write the film’s screenplay, with Emmy and BAFTA Award-winning Gareth Neame and Emmy Award-winning Liz Trubridge back to produce with Fellowes.  BAFTA and Emmy nominated director Simon Curtis (My Week with Marilyn) will join the filmmaking team to direct the sequel.

The initial film followed a Royal Visit to the Crawley family and Downton staff from the King and Queen of England and ended with a ball fitting for the Royal Family.

Gareth Neame, the film’s producer and executive chairman of Carnival Films said, “After a very challenging year with so many of us separated from family and friends, it is a huge comfort to think that better times are ahead and that next Christmas we will be re-united with the much beloved characters of Downton Abbey.”

Kujawski says there’s no better time than Christmas to make it available to the public. “We can’t imagine a better gift than getting to reunite with Julian, Gareth, and the entire Downton family in 2021 to bring the Crawley’s back home for their fans.”

Downton Abbey was one of the biggest television successes of the decade when it aired in the U.S. in 2010, a year after airing in Britain. The historical drama follows the lives of the Crawley family and their servants in the family’s Edwardian country house. Beginning with the sinking of the Titanic and the death of the heir, the series follows the family as they deal with the ramifications.

Television critics say the series forever changed the medium and set a new standard for period dramas both on the small and big screens.

It is the most-watched drama in PBS history. The show averaged 13.3 million viewers at its peak in season 4, according to Forbes. The final season’s premiere drew 9.9 million viewers. The show was the top-rated 9 p.m. show, behind only the Super Bowl. It has broken social media records. Globally it reached 120 million people in 2013 alone, spanning 220 territories throughout the world. In 2019, pre-release ticket sales for the “Downton Abbey” movie topped all other 2019 dramas.

Previous: Pro-life Democrats rally to protect Hyde Amendment
Next: Biden to cover 80% of world with ‘Do Not Travel’ warning