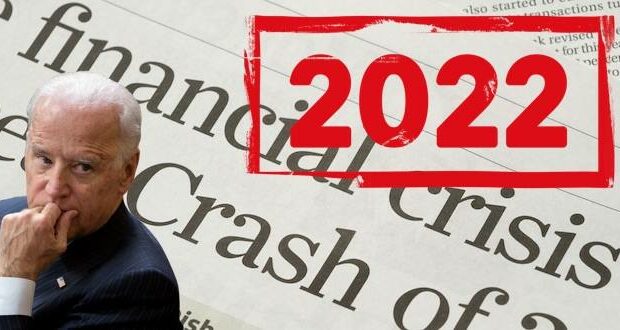 Economic crisis of 2021 forces economists to lower expectations for 2022

Goldman Sachs was one of the first major Wall Street firms to slash its forecasts for the U.S. economy over the next year, citing “modest downside” from the new variant. The Wall Street giant projects that the U.S. gross domestic product will expand by 2.9 percent in 2022, down from its previous estimate of 3.3 percent.

“While many questions remain unanswered, we now think a modest downside scenario where the virus spreads more quickly but immunity against severe disease is only slightly weakened is most likely,” economist Joseph Briggs said.

Mark Zandi, chief economist for Moody’s Analytics, believes “the economic recovery will be vulnerable to stalling out,” writing on Twitter that he anticipates real GDP growth will be 0.5 percent lower if the Build Back Batter Act cannot get passed.

Others said it is premature to determine if Omicron will play a critical role in the broader economy in the next calendar year. “It is simply too earlier for it to show in activity data,” Jefferies economist Aneta Markowska wrote in a weekly note.

On the inflation front, it is widely expected that inflation will be elevated, though many polls of economists suggest higher prices could ease later next year, with price pressures easing.

James Knightley, the Chief International Economist at Think ING, said the Federal Reserve believes the factors contributing to a nearly four-decade-high inflation rate, such as supply chain disruptions and labor market shortages, could dissipate throughout next year.

“Firms have millions of job vacancies to fill, so competition to find workers with the right skill set will remain intense,” he said. “Demand-supply issues are a global phenomenon, with semiconductor producers warning shortages could last through 2023. In an environment of strong demand, record order backlogs and ongoing supply constraints, cost increases can continue to be passed onto customers.”

Because 2022 is an election year and Democrats are trying to hold onto the House and Senate, experts believe the president will need to convince the public that the country is on the right track. So far, the polls show that most Americans believe the opposite is unfolding before their eyes.