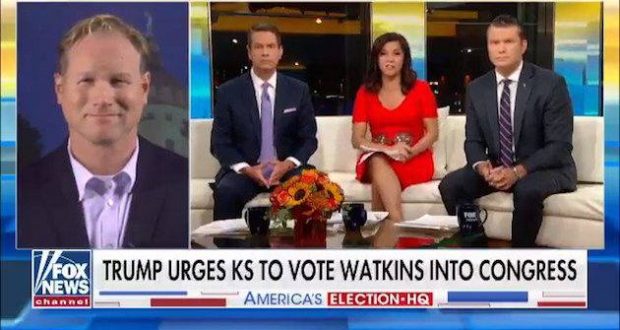 Watkins has received the important endorsement of President Trump.

Even with concerns Kansans will support Watkins for Congress

In part two of our Voter Guide series Metro Voice again looks at Kansas elections and carptebaggers. In this article we investigate Steve Watkins running for the 2nd District Congressional seat and what it means for Kansans.

As we mentioned in our article on Sharice Davids and the 3rd Congressional District, Kansas politics this year and a cheap media market makes it possible for those with tenuous connections to the state able to run for public office.

Year of the Carpetbagger

In addition to Watkins, Kansas is plagued this election cycle by two other candidates for high public office who have tenuous connections to the Sunflower state, Sharice Davids running for the 3rd District Congressional seat and Brian “Bam” McClendon running for Secretary of State. During the coming days we’ll address each race in detail.

Sadly, no matter how this story ends, the result is not liable to be a happy ending given that the candidates on both sides of the fence are severely flawed individuals.

Absent candidate Watkins, the Republican primary had an embarrassment of riches for citizens to choose from. Among them were State Senators Steve Fitzgerald, Caryn Tyson and Dennis Pyle, State Rep Kevin Jones and former Speaker of the Kansas House, Doug Mays. Rounding out the field was Basehor city councilman Vernon Fields. Of these, only Mays, whose day had clearly come and gone, and Fields could not be considered serious candidates.

The large number of quality candidates each with their own constituency made the race an ideal target for an outsider with a large bankroll and, thanks to Watkins dad, he had a large bankroll.

But that’s about all that Watkins brought to the table. He was an unknown in Republican circles and early on he became controversial when it was discovered that he had approached Democrat leaders first who demurred in favor of former gubernatorial candidate Paul Davis.

In many ways running as a Democrat might have been a better fit for Watkins. According to the Democrats he met with he claimed he was pro-abortion, a believable statement given that his wife won an award from Planned parenthood for her volunteer work and works as a faculty physician in the fields of gynecologic oncology, obstetrics and gynecology in one of the last clinics to teach late term abortions. His wife obviously lives in Boston.

Though we must say that Kansans for Life has endorsed Watkins based on their interviews with him. And, as we all know it is possible for a husband and wife to have differing views on a wide range of issues.

Watkins admitted attending the meeting, and also financially supporting a Democrat Congressional candidate in Texas, but denied making overtures to run as a Democrat.

For whatever reason, Watkins then filed to run for the 2nd District Congressional seat being vacated by Lynn Jenkins, becoming the seventh candidate in the race.

In a process that would continue into the general election campaign, Watkins’ was plagued by controversy surrounding various claims that would later be proven to be false. For instance, Watkins claimed to have supported President Trump, but his voting record is virtually non-existent and there is no record of his having voted in that election or of even having received an absentee ballot.

His woes worsened when 40 2nd District republican leaders blasted his candidacy in an open letter sent to the media. Aside from a small handful of young paid operatives, support among party activists was also almost non-existent.

What Watkins and his father gambled on was that in a year when there was a tense battle for control of Congress the party would hold its nose and support his campaign. That gamble paid off. Party leaders did indeed fall in behind him and his candidacy has been supported by visits to Kansas from President Trump and Vice President Pence (although Trump may have come to Kansas to support his political ally, Kris Kobach more than to support Watkins).

The race is currently close with a substantial percentage of the electorate still undecided with the election one week away. That reflects the fact that this truly is a race of the lesser of two evils and a significant percentage of the electorate is holding their noses while they try and decide who to vote for. Both candidates are severely flawed, giving voters one of the toughest choices this election cycle.

Again, one wishes that perhaps other candidates like Fields and Mays had reconsidered their bid for office and tossed their support to one of the other legitimate contenders. Better yet, one wishes that ordinary voters had been discerning about the candidates and less dependent on slick postcards and TV ads. As it is now, should Watkins win, we will have elected a man whose real residence appears to be in Boston with his wife and whose real views are still a mystery.

If for no other reason, his victory will help ensure Republican control of the U.S. House and prevent the nation from the trauma of Democrats impeaching President Trump and newly-seated U.S. Supreme Court Justice Brett Kavanaugh.

That would be one of the primary reasons Kansans should vote for Watkins. 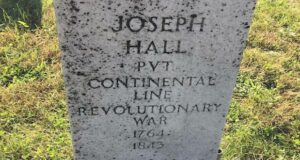 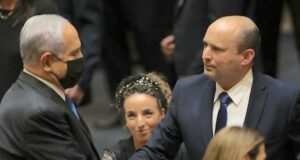 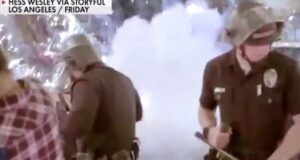