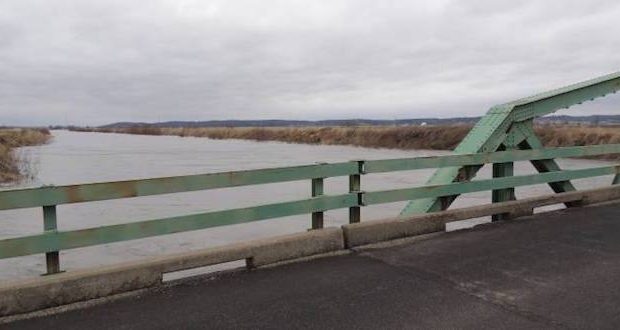 Governor Mike Parson is urging Missourians to use caution around floodwater as Missouri’s rivers and streams begin cresting flood stage in some communities.

The Missouri Emergency Management Agency is now being assisted with recruiting volunteers for sandbagging efforts with the coordination the volunteers from Christian organizations and others. Missouri Adventist Community Services and Missouri Baptist Disaster Relief are providing the bulk of volunteers.

In addition, the Missouri Department of Corrections and AmeriCorps St. Louis are pitching in where needed.

The number of closed roads has now risen to 111 with many more expected as Spring rains ramp up. Access the entire list here. Also check the MoDOT Traveler Information Map for road closures at traveler.modot.org/map.

MoDOT continues to work with Nebraska and Iowa to provide alternate routes while major roads are closed, including I-29 near Rock Port. Northbound I-29 traffic into Iowa is being detoured at I-35 in Kansas City, where travelers will continue north on I-35 into Iowa.

From Des Moines, travelers will drive west on I-80 and continue onto I-680 to connect back with I-29 near the Council Bluffs/Omaha metro area in Iowa.

The Missouri State Highway Patrol has additional marine operations troopers and swift-water rescue equipment in northwest Missouri. The patrol conducted three swift water rescues in Holt County over the weekend and troopers are going house-to-house in Watson, Missouri, after the levee breach on the Nishnabotna River.

Rhonda Wiley, Emergency Management Coordinator for Atchison County says some people are not taking seriously the dangers of moving water. “Part of the problem is from people who are not from this area, that are rerouting through our area. Even though they have had to pass barricades, and pass detour signs. They just keep coming out to where they’re trying to find a way around to get to Nebraska, to get to Omaha.”

He cautioned that despite Missouri River crests this week, flooding will remain a hazard well into the spring because of a combination of additional melting now from the north and saturated ground.

Inmates from the Women’s Eastern Reception, Diagnostic & Correctional Center have been helping with sandbagging in the northeastern town of Clarksville along the Mississippi River.

In Holt County, a water treatment facility is shut down operations because of flooding. The Salvation Army has provided bottled water to the area.

The governor’s office warns that standing water can carry infectious diseases and hide other hazards, including road damage, glass, and sewage. Storm drains can create an extremely dangerous situation for anyone caught in the current. Avoid walking through floodwater and keep children from playing in it.

Previous: Christianity in Europe is strongest where it was banned; survey shows differences between countries
Next: Second jury finds Roundup causes cancer