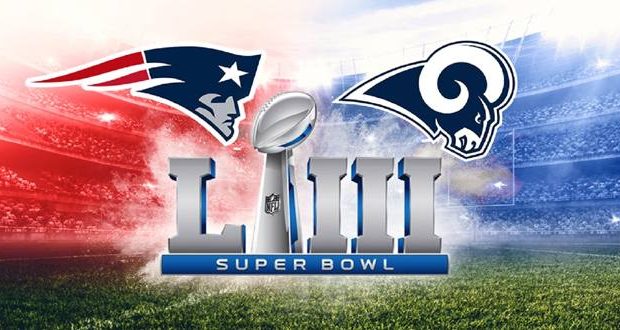 FROM THE CHEAP SEATS – Super Let-Down for the Super Bowl

After the results of the AFC and NFC Championship games, it’s evident that there isn’t a whole lot of excitement brewing for the Super Bowl this year. The New England Patriots and the Los Angeles Rams, sounds exciting, huh?

Any football fan not living under a rock this year knows how the Patriots and Rams earned their Super Bowl berths. The Rams punched their ticket after a horrible no-call on a very obvious pass interference which would have set the Saints up. I believe that the only people who didn’t consider that pass interference were the officials working the game. Maybe the ball was tipped at the line of scrimmage like has been reported, but it’s hard to tell by looking at the replay let alone seeing it in real time. The Saints got hosed, clear and simple.

The Chiefs, on the other hand, weren’t the victims of the officials quite like the Saints were. Sure, it appeared that some very questionable calls went against the Chiefs, especially late in the game, but there were other factors playing into their loss. Although, I still don’t see what warranted a roughing the passer penalty, but oh, well.

The Chiefs were oh-so-close to the Super Bowl this year. I’ve heard many fans say that they were robbed when an interception was called back after Dee Ford had lined up in the neutral zone and called for offsides. That interception would have sealed the game for the Chiefs.

However, and I’m sure most fans will disagree, Dee Ford WAS offside. No question about it. As a matter of fact, the ref is pulling out his flag before Brady even throws the ball, so let’s just squash all of those conspiracy theories right now about the NFL wanting the Patriots in the Super Bowl. If anything, I would think that the NFL would have preferred the Chiefs in the Super Bowl because of number 15.

The Chiefs were beat by a better team, period! Want to blame someone for the loss, let’s look at the offense that didn’t even score in the first half! Seriously?? The number 1 offense in the NFL and you can’t even manage 3 lousy points in the first 30 minutes? Sure, some of the officiating was lopsided, or so it seemed. Sure the defense was bad, but they’ve been bad all year, why did we all of a sudden think they were going to turn it on against a team like the Patriots? In overtime, the defense was done. New England marched right down the field and won the game. That’s what championship teams do!

I don’t believe in a New England conspiracy, but I’m not so sure about the Rams. Hear me out. The NFL has been pushing Los Angeles down our throats for a few years now. Don’t believe me, then explain the Chargers move to LA. The NFL needed a Los Angeles team in the Super Bowl, plain and simple. Well they got one and the Saints paid the price for it.

It’s funny that people are wanting replay and overtime rules changed because things didn’t work out for them. Isn’t that society in a nutshell right now? Reminds me of the 2016 Presidential election when Trump lost the popular vote but won the electoral vote. All of a sudden, the system is flawed.

Previous: Melanie Few is celebrating 20 years of her Super Bowl Gospel Celebration
Next: Four Super Bowl Christians to look for in Sunday’s game