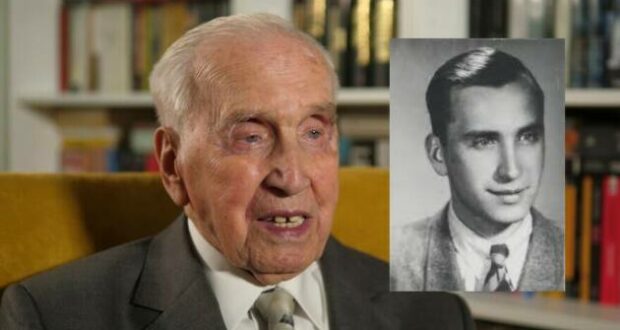 Jozef Walaszczyk, a member of the Polish resistance who rescued Jews during the Holocaust. Source: Credit: YouTube.

Józef Walaszczyk, a Polish underground resistance fighter who rescued 53 Jews during the Nazi German occupation of Poland, has died aged 102.

Walaszczyk died on Monday, according to the Institute of National Remembrance, a Polish state historical body. 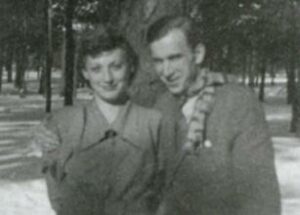 Walaszczyk was a member of the Polish resistance during WWII and fell in love during the war with Irena Front. He learned that she was Jewish when German Gestapo forces searched a building where the couple were meeting.

He helped her hide behind a wardrobe and distracted the Nazis by pretending to be sick. He later arranged for her to get false documents and married her. Soon after that, Front and 20 other Jews were arrested by the Gestapo.

“If something was to be done, it had to be done for them all. I had to arrange for a kilogram of gold by 5:00 pm – and it was already noon. Only then would the Germans forget about the incident and release the Jews,” Walaszczyk recalled in an interview, according to the POLIN Museum of the History of Polish Jews in Warsaw.

Walaszczyk managed to collect and pay the required ransom, thereby saving the lives of 21 people.

He also employed 30 Jews in a potato flour factory that he had been tasked with managing due to his knowledge of the German language. With his help, almost all of those his employees survived the war, according to state records.

Thanks to Front’s efforts, Walaszczyk was honored in 2002 as a “Righteous Among the Nations” by Yad Vashem, Israel’s Holocaust memorial and museum. The honor recognizes gentiles — mostly Christians — who saved Jews across German-occupied Europe during World War II.

It was extremely dangerous to help Jews during Germany’s occupation of Poland, with the Germans executing not only those caught helping Jews but also their entire families.

As the Greatest Generation of men and women who fought to preserve freedom pass away, so to do those saved by them from the Holocaust. The number of Holocaust survivors residing in the U.S. has fallen to just 50,000 according to The Jewish Times.