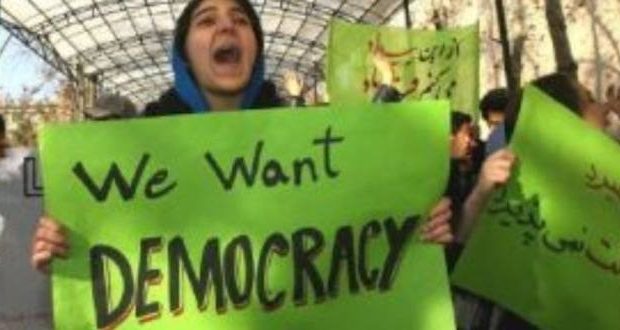 But while Islamic leaders often talk big, much of it is bluster and some outright fabrication.

Iranian President Hassan Rouhani said US efforts to harm Iran by imposing new sanctions against its oil and gas industries would not succeed.

In a televised cabinet meeting, Rouhani said the government will do all it can to neutralize the renewal of US sanctions, while admitting things could get “harder.”

“November 4 this year translates into a new instance of oppression by America,” he said, Iran’s semi-official FARS news agency reported. “Our people need to rest assured that the government is not afraid of US threats.”

But while Rouhani talks about his people, many Iranians are cheering the new Trump sanctions, hoping they’ll force the ouster of the radical regime and foster a new era of freedom and democracy. Iran has been experiencing widespread protests across the country for 8 months as the value of their currency plummets and goods become expensive.

That, so far, is not stopping the rhetoric from the regime.

“We are certain that the Americans will fail in their new plot and that they are actually in gradual retreat,” Rouhani said, while predicting the Trump administration would not realize its goals against Iranian oil sales. “You will neither be able to bring it to zero nor reduce it to the amount you want,” he said, according to the report.

The US administration’s attempts to turn the Iranian people against the government will also fail, he said, because the people “love their country.”

“People are, in fact, angry, but … they are mad at America and its crimes – not at their government and its ruling system,” he reportedly said.

Meanwhile, in an op-ed posted Thursday by the Financial Times, Rouhani called on the EU to counter the Trump administration’s dangerous policies, which he said, challenge “global order.”

“Unfortunately, the US, through raising unfounded claims and in complete disregard for its international obligations, has abandoned the nuclear agreement and imposed extraterritorial and unilateral sanctions on Iran and, by extension, other countries,” he wrote.

“The nuclear deal demonstrated that Iran is committed to reason and dialogue,” he said, asserting that “Iran believes in multilateralism and is prepared to join other peace-loving nations in this path.”

While the Iranian regime succeeded in tamping down last spring’s street protests against the currency’s free fall, Rouhani admitted the situation may get harder for a time.

Trump’s decisions vis-à-vis the Iranian regime are nearly polar opposite from those of former President Barack Obama and then-Secretary of State John Kerry.

Previous: Schools contribute to identity theft of children
Next: One of last ‘Rosie the Riveter’ heroes lives in Kansas City