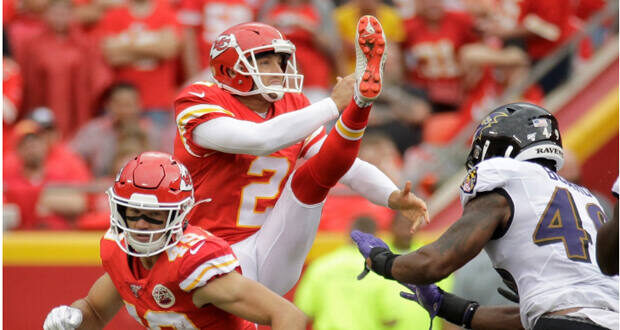 It was a long wait for the Kansas City Chiefs to return to the Super Bowl — 50 years, in fact. Their AFC championship victory secured the franchise’s first Super Bowl berth since 1970.

No current Chiefs player has been a part of that drought longer than punter Dustin Colquitt, who is the team’s longest-tenured player. He’s in his 15th season with Kansas City, and he is the only player currently on the roster that was with the team before Kansas City hired Andy Reid in January 2013. But he finally got his Super Bowl moment when the Chiefs met the San Francisco 49ers in Super Bowl LIV on February 2, 2020.

Colquitt also got a chance to share about his faith.

“I think God put me in this position as a punter and in sports — professional football — because I think He wants something out of me to be able to share with other people,” Colquitt said in a 2015 video for Fellowship of Christian Athletes, along with then-teammates Ryan Succop and Thomas Gafford. “As a Christian, I think God has given me that platform to say, ‘Hey, I’ve allowed you to do a lot of things, and I need you to speak My Name.’ He always finds a way to put people, His people, in situations where He can spread His Word and spread His Kingdom.”

Colquitt sees God at work in his life both on and off the field.

“We’re told in the Bible that God will never put us in a situation we can’t handle, and that’s with Him,” he said. “So, believing that, we know He’s put us in this game or this situation. We see God reflecting in all aspects of our life. Why wouldn’t He do it on the football field too?”

The Kansas City Chiefs selected Colquitt in the third round of the 2005 NFL Draft. He made the Pro Bowl in 2012 and 2016 and has played in 238 games for the Chiefs, a franchise record. His brother, Britton, just finished his 10th season as an NFL punter, appearing in all 16 games for the Minnesota Vikings.

READ: When we make men into gods