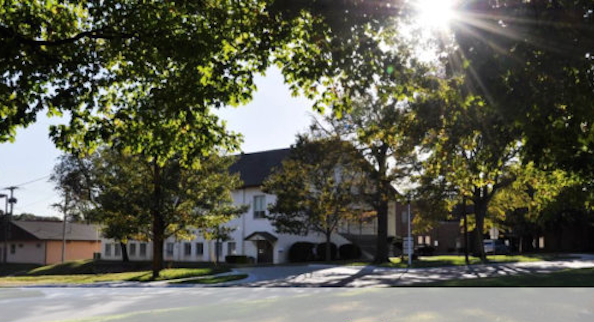 After more than 75 years of operation, Kansas City College and Bible School (KCCBS) announced that it will officially become Kansas Christian College (KCC). The decision was voted into action in April by the school’s board of trustees and was released to the public today with the launch of the school’s new website: kansaschristian.com, which will becomes kansaschristian.edu this month.

The change in the name comes at the same time the college is preparing to roll out its new Adult and Online Education division, which will begin offering online degree programs for busy adults and distance-learners this fall. According to school officials, the need for a more concise, broad name in promoting the new programs and recruiting students was one of 10 primary reasons for transitioning from KCCBS to Kansas Christian College (KCC). 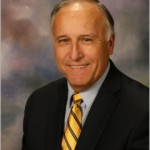 “We’ve developed a rich, blessed history and tradition as KCCBS, and we’re grateful for more than 75 years of Christian education under that name, but now is the perfect time to make this important change,” said KCC President Dr. Delbert Scott, a 26-year veteran of the Missouri State House of Representatives and Senate. “As KCC, we will have much greater appeal to the online students, and we’ll also gain ground in name recognition with traditional students throughout the region, which will give us the priceless opportunity to train up even more young men and women who want to serve the Lord with their lives.”

Among the additional reasons listed for adopting the new name were greater regional appeal and increased opportunities to partner with other colleges and universities. Currently, while KCC primarily offers degrees for future ministry leaders, it also has agreements with MidAmerica Nazarene University, Barclay College, Johnson County Community College and others that make it easier for students not pursuing ministry degrees to transfer to their campuses after starting at KCC.

“The agreements we have with these schools are perfect for students who want to start their higher education with one or two years of general study at a smaller, Christian college,” said Scott, who completed three years at KCC before graduating from Southwest Missouri State (now Missouri State) in 1972. “Through what we call our JumpStart Program, kids can come to us and get a good foundation of Christian education before diving into what can be a very challenging environment at a public university. We help them get started in a close-knit, Christ-centered environment in which they get not only the good education they need, but also the personal and spiritual development that can help them succeed in any setting.”

For students who are non-traditional, KCC’s new adult and online education programs will help meet what the KCC administrators have seen as a sizable need for education options that cater to busy, working adults. Since 2012, KCC has launched two on-campus and hybrid adult education programs, both of which have been met with high enrollment numbers and requests for online-only programs.

“We’ve had incredible success with the adult education programs we’ve launched so far, and they’ve only generated a need for more options,” said Matthew Lee, KCC’s vice president of adult and online education. “There are so many adults out there who are hungry for ministry training and a greater understanding of the Bible and theology who don’t have the ability to physically go back to college as a traditional student. This is a way we can give that to them and allow them to pursue their degrees and personal ministries on their own schedules.”

Under the new name, KCC will maintain its long-held mission to “develop servant leaders who know God, who have a passion for holiness of heart, and who are inspired and prepared for a lifetime of learning and Kingdom service.” It also will retain its current academic structure, staff and accreditation status, citing that the change will be “name only” aside from its website and social media pages.

“We aren’t deviating from our heritage or purpose, which is to train men and women to serve God through ministry,” Scott said. “We’re proud of who we are and what we do. But what we are doing is making a way for greater impact and more opportunities to equip those who will carry our faith into the future.”

Established in 1938, KCC has been a longtime fixture in Overland Park, Kan., at the corner of 74th St. and Metcalf Ave., where it shares a campus with its subsidiary school, Overland Christian (pre-K through 12). The college offers degrees in religion, pastoral ministry, teacher education, worship ministry, missions, biblical studies, performance music and general studies, as well as other options for non-traditional and adult students. To find out more information about KCC, call (913) 722-0272 or visit kansaschristian.com.