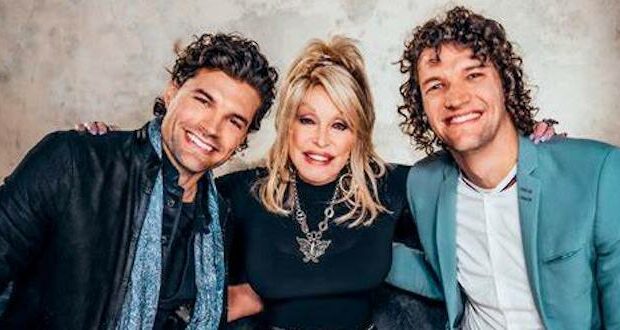 Dolly Parton with For King and Country artists, brothers Joel and Luke Smallbone.

You don’t have to be a fan of contemporary Christian artists to have heard Christian music in recent years.

Thanks to a wave of collaborations between CCM artists and those of other genres, you could be a fan of country music. Or pop music. Or even hip hop and rock.

In 2019, For King and Country partnered with hip hop artist Timbaland and pop singer Sydney Sierota of Echosmith for a new rendition of God Only Knows.

TobyMac followed with a collaboration with folk/rock singer Sheryl Crow on Promised Land. Chris Tomlin teamed up with country artists Thomas Rhett and 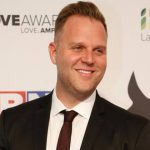 “[With collaboration,] you are knocking down societal and genre walls, brick by brick. I think that’s part of the reason people love it,” Joel Smallbone of For King and Country told me.

Often, the collaboration involves mainstream artists who already were fans of the CCM genre.

“I love Christian music,” Jimmie Allen, the 2021 CMA Awards New Artist of the Year, told me, saying he listens to Christian radio “all the time.”

Collaborations have multiple benefits, Smallbone and his brother Luke say. For starters, collaborations open a door to a new audience. In other words, it’s a way for Christian artists to reach a new set of fans.

“When you’ve got a different voice on your song, there are people who follow that artist and then [they] start listening to your songs,” Luke Smallbone said.

Other songs naturally lend themselves to collaborations — God Only Knows, for instance.

“We had this song that felt universal,” Joel Smallbone said. “And it felt like it was bigger than our two voices. And so what do people respond to? They respond to rhythm. So Timberland was just so magnificent in bringing his own beat.”

Music fans also “respond to the beauty of different voices,” he added. That’s where Dolly Parton enters the picture. In December 2019, she teamed up with For King and Country for another version of God Only Knows.

“Dolly was a long shot. We were going for a hole-in-one there,” Joel Smallbone said. “And by the grace of God, she loved the song, and she came back and put her heart into it.”

“That’s a lady who has been in entertainment for 60 years,” he said. “So when she says ‘God only knows,’ you can hear her going, ‘I’m thinking through what I’ve been through.’ That’s part of the charm of it. You take the same song, and someone else can sing it. And it can mean something different to you. I think that’s the power of a voice.”

Previous: Queen Elizabeth may be near death as family joins her at bedside
Next: Questions of faith haunted the life of Gorbachev