Home / News / Largest gathering ever on religious freedom this week 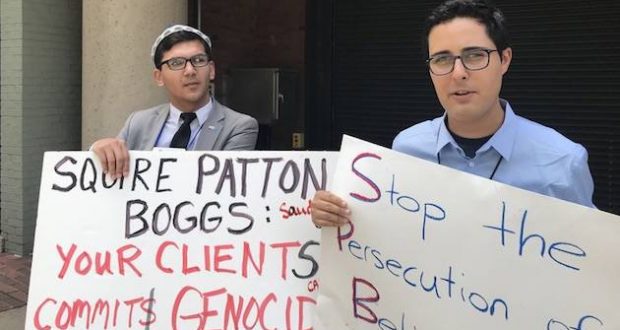 Largest gathering ever on religious freedom this week

What is described as history’s largest officially sponsored gathering to support religious liberty will take place in Washington, D.C. next week. The historic “Ministerial to Advance Religious Freedom” meeting will be convened by U.S. Secretary of State Mike Pompeo on July 15 and has the full support of U.S. President Donald Trump, as well as Sam Brownback, the U.S. ambassador on religious freedom issues. 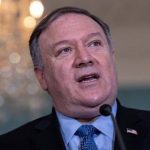 Dozens of the world’s most important nations and over a thousand civil society leaders will join in standing with the world’s 300 hundred million Christians and those of other faiths who are being persecuted for their religious beliefs.

“Our effort is to stir actions. We want to see really a global grassroots movement around religious freedom,” said Brownback. “We want to get the various faiths to bind together and to stand for each other’s freedom of religion.”

Thanks to Religious Freedom Rallies held across the country on July 12, it is now clear that the law firm of Squire Patton Boggs (SPB) is choosing instead to stand with the persecutors.

Advocates for religious liberty called 15 of the firm’s offices to ask that it end lobbying on behalf of the governments of Communist China, Saudi Arabia, Qatar, Cameroon and the Palestinian Authority. Each of these regimes is notorious for oppressing religious minorities—a fact made clear in an open letter to Squire Patton Boggs’ Chairman and Global CEO Mark Ruehlmann. The May 1 letter was signed by 45 organizations and individuals.

The coalition received no response from Ruehlmann or any other SPB representative.

Consequently, SPB partners, other employees and security personnel in Atlanta, Cleveland, Columbus, Dallas, Denver, Houston, Los Angeles, Miami, New York, Phoenix, San Francisco, Tampa, Tysons, Virginia, Washington, D.C., and West Palm Beach received hand-delivered copies of the original letter, together with a cover note updating the former and reiterating the call for an end to what amounts to the enabling of their clients’ crimes against humanity.

In many of these venues, rallies further dramatized popular opposition to anti-religious persecution and those who advocate on behalf of the perpetrators. For example:

On June 13, Twitter suspended the Save the Persecuted Christians account as the organization was sponsoring public and official meetings for a delegation of persecuted Nigerian Christians in Washington, D.C. One rally participant, William Brown from Connecticut, who sought to share how to access the online rally’s sign-up page, was inexplicably denied the ability to do so via Twitter. And during the event, the level of participation was dramatically smaller than has been the experience of Nations in Action during previous online events.

Save the Persecuted Christians and Nations in Action brought the suspension to the attention of President Trump on Friday, July 12 who hosted conservative and Christian social media personalities and organizations at the White House.