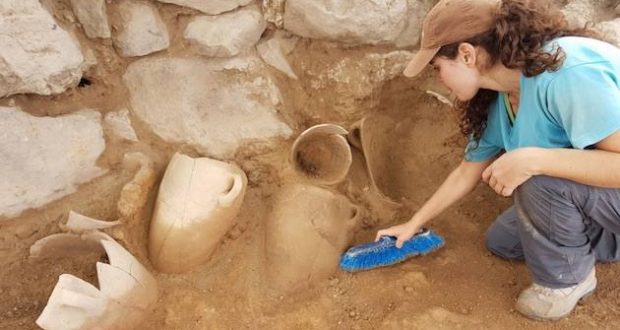 An archaeologist delicately digs around pottery from David's time.

A team of researchers have announced they have a stunning discovery, finding the biblical city of Ziklag where David hid from King Saul.

Pottery dating back to the time of King David, geography and biblical history all point to Khirbet a-Ra’i as the Philistine town of Ziklag where David escaped King Saul.

Over the years, experts have suggested eleven different sites as the location for Ziklag.  Now, archaeologists believe they have evidence linking this site to the David.

“People debated about Ziklag already in the 7th century so people really had an interest about this site. If you’re talking the biblical narrative it’s mentioned only in the time of King David,” said Yosef Garfinkel, Head of the Institute of Archaeology at Hebrew University in Jerusalem. 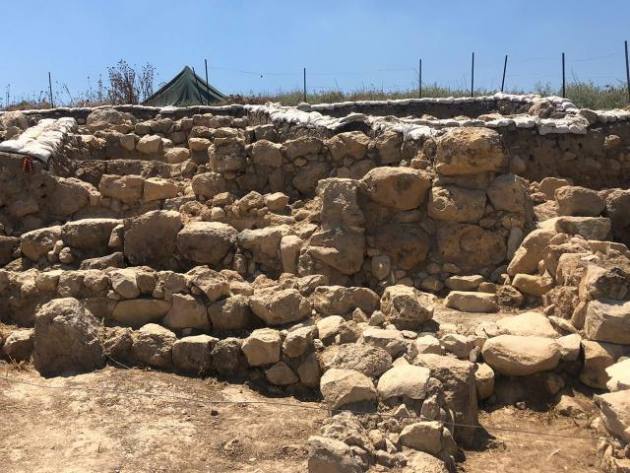 Ziklag is mentioned several times in the Bible, most famously in the Book of Samuel, when the young David was granted refuge from King Saul by the Philistine King Achish of Gat. David was awarded Ziklag as a vassal state, under the protection of Achish, and he used it as a base for raids against the Geshurites, the Girzites and the Amalekites.

Like this story? You can help make more possible below article.

According to the Book of Samuel, the city was destroyed by the Amalekites and the population was enslaved. After King Saul was killed in battle with the Philistines, David fled to Achish at Gath (or Gat in Hebrew) with 600 men and two of his wives. He arrived in Hebron to be appointed King.

1 Samuel 27:5-6 reads, “Then David said to Achish, ‘If I have now found favor in your eyes, let them give me a place in some town in the country that I may dwell there.  For why should your servant dwell in the royal city with you?’ So Achish gave him Ziklag that day. Ziklag has belonged to the kings of Judah to this day.”

Garfinkel says that Achish and Gat are about a “half-day” walk from the ruins of what he believes is the Biblical city of Ziklag. 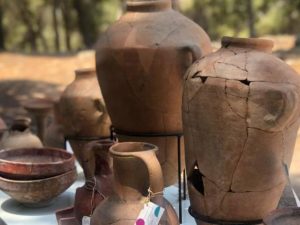 “Ziklag cannot be far away in the Negev…. It has to be close to Gath.  Then we are told that Ziklag became part of the kings of Judah. So it cannot be on the coastal plain near Ashkelon and Ashdod.  It had to be here on the border between the lowland and the highland.  So this site perfectly match(es) these requirements.”

Garfinkel also pointed out why this new site is different from other proposed locations.

“This is a site that has Philistine background and later it became Judean. If you take the other sites that have been proposed to be Ziklag, …if they don’t have a level from the time of David how can they be Ziklag? And in the end this is the only site that matches the geographical and historical together.”

And then there’s the pottery. Workers uncovered dozens of 3,000-year-old vessels.

Want to learn more about Israel? Metro Voice is an Amazon Affiliate and recommends this book.

Previous: Largest gathering ever on religious freedom this week
Next: Number of people planning to storm Area 51 approaches 1 million