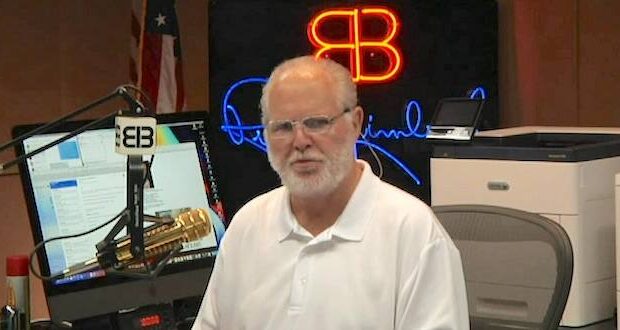 Missourians remember the birth of broadcaster Rush Limbaugh in Cape Girardeau on Jan. 12, 1951.

“He was born to be a radio broadcaster,” his brother David told Fox News. “Our father instilled in us a love for America, its founding institutions, its cultural values and its freedom tradition.”

Limbaugh’s profound political commentary was inspired by the classical thinkers and Founding Fathers whose philosophies forged the creation of the United States. It was packaged in an energetic, accessible and entertaining program that resonated deeply with millions of Americans.  At its peak, “The Rush Limbaugh Show” aired on 650 radio stations and reached 15.5 million listeners each week, according to industry estimates.

“The Rush Limbaugh Show” coalesced a massive audience of everyday Americans who felt increasingly isolated, ridiculed and even dehumanized by institutions of power that by the 1980s were in a dizzying race to the left of the political spectrum.

“Prior to Rush, grassroots Americans were starved for a popular national voice delivering a politically conservative message, given the monolithic liberalism of America’s educational institutions, Hollywood and mainstream media,” David Limbaugh said. “Millions of such Americans finally found their champion in Rush and validation for their ideas and values. But it wasn’t just Rush mainstreaming conservatism that led to his explosive popularity. It was his combination of talents and intellect that enabled him to articulate his message in an entertaining way.”

Limbaugh’s massive audience made him one of the most successful and popular figures in world broadcasting history. His success also made him a lightning rod in the American culture wars and the subject of daily attacks from leftists and political elites.

Limbaugh fueled his critics with bombastic language that made him seem a larger-than-life figure — the “Doctor of Democracy” and “America’s Truth Detector.” Yet the lampooned image of Limbaugh failed to match the optimistic, philosophical voice that millions of Americans heard over the airwaves each day.

“We are the only country in the world with a Constitution that limits the government, that provides for the primacy of the citizen over government,” Limbaugh said. “That had never been done in the history of the world.”

Limbaugh was awarded the Presidential Medal of Freedom, the nation’s highest civilian honor, by President Donald Trump on Feb. 4, 2020, just a year before he died.  “He is the greatest fighter and winner you will ever meet,” the president said as Limbaugh, sick with cancer, sat visibly moved in the audience of the U.S. Capitol. “Rush Limbaugh: Thank you for your decades of tireless devotion to our country.”