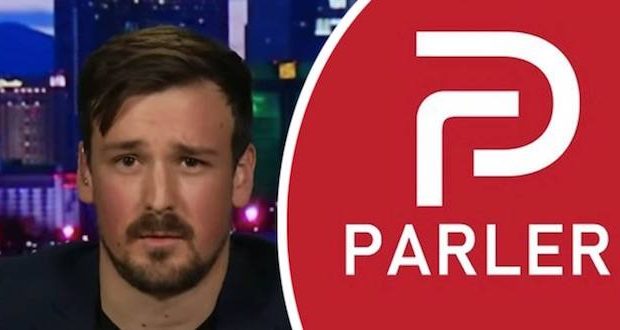 This week marks two years since Amazon Web Services, following closely behind Google and Apple, took burgeoning Twitter competitor Parler—which had been number one in Apple’s App Store—offline. The reason given was the platform’s alleged contribution to the January 6, 2021 riot on the Capitol, via a supposedly disproportionate prevalence of violent and inciting content. The facts that, for example, #HangMikePence was trending on Twitter at the time, and that Parler had been referring examples of violent and inciting content to law enforcement in the weeks leading up to the 6th, fell on deaf ears.

That Parler was unfairly scapegoated quickly became apparent to anyone who bothered to follow the story. But what has become incontrovertible only recently, thanks to Elon Musk’s release of the “Twitter Files,” is evidence pointing to the actual motivation behind Parler’s deplatforming: the desire to bury all the uncensored content that Parler allowed to be shared on the web. Remember Hunter Biden’s laptop? The Wuhan lab-leak? The Great Barrington Declaration? Or maybe you missed all of that back then, exactly as an amalgamation of not-yet-fully-identified crony tech “leaders” and government agents intended.

Remember when Time published a breathtakingly boisterous piece chronicling “a vast, cross-partisan campaign to protect the election–an extraordinary shadow effort dedicated not to winning the vote but to ensuring it would be free and fair, credible and uncorrupted”? How would Twitter’s “public-private partnership” fit in to this narrative? Knowing what we know now, would we agree with the author’s assessment that the election was “free and fair”? “Uncorrupted”? Was Twitter’s banning of a sitting President—after years of profiting from algorithmic amplification of his engagement-enhancing trolling—icing on that cake they were all so proud of baking?

It’s not merely the content of the Twitter Files themselves that we find vindicating. When the “world’s [formerly] richest man,” who arguably has better things to do (building rockets, cars, and other technologies he hopes will save humanity), thinks he needs to spend $44 billion on a platform to save free speech, we think it’s safe to say Parler’s raison d’être has been proven. Elon Musk has put the most money where his mouth is—particularly when you consider his invaluable time—of anyone in history. And now, whether intended or not, he’s finding himself in the role of top cover with respect to a whole host of urgent issues. Perhaps those still sitting quietly in the wings now, while Musk is busy risking it all, should step into whatever limelight they can grab for themselves and speak out against crony censorship, and for free thought and expression, while it’s still legal?

Many have refused to acknowledge the existence or significance of the mounting evidence of collusion between government agencies and web platforms. But we fear this is the same sort of gaslighting which has brought us these past few years in bizarro-world, where we are expected to outsource our critical thinking—and our very ability to focus on the relevant and valuable—to the ill-understood algorithms and “trusted partners” of tech companies.

Had we lived in an era where ‘informed consent’ still had any value, prospective users would be offered a set of transparent options before creating their accounts. Would you like to relinquish control over your dopamine levels, critical thinking, and personal data to the Fortune 500 and the CCP? Hangseng and the FBI? Or maybe whoever happens to be the highest bidder this week?

As the Twitter Files have now definitively confirmed: at the behest of government agencies and with the willing compliance of tech platforms, the concepts “misinformation,” “disinformation,” and “malinformation,” are alive and well. Not in explicit government mandates promulgated by authoritarian bureaucrats (we’re not quite there, yet), but as guidelines which the leading social media companies use to determine what you may and may not say, or even see. How senseless and dangerous is the combination of these two operating principles—the use of manipulative, engagement-enhancing algorithms, alongside censorship of wrongthink—became crystal clear when, two years ago this week, Twitter amplified a call for violence against the Vice President, while at the same time clandestinely determining, with its partners in government, what voices would be permitted to be heard at all.

It was against this backdrop that, we believe, a gaggle of state actors and their willing cronies in the tech world agreed to take down a promising competitor which offered a principled alternative. It wasn’t Parler using algorithms to stimulate engagement by enragement—and then stoked the flames further by banning anyone who too eagerly played along. Parler delivered you the chronological feed you asked for, gave you the tools to curate it, and allowed you to think for yourself. Parler recognized then, as it does now, that it is our quest for truth that makes us human, that endless debates are what characterize life in a free society, and that the freedom to disagree, even with “settled science,” is a vital component of human flourishing.

Are those who worked to build and rebuild Parler—not to mention the users who stuck with us—now merely to take comfort in the fact that a far-from-perfect Twitter 2.0 is nonetheless proof-of-concept for what a social media platform might be and ought to be: interaction with real people, free from manipulative algorithms, free from creepy stalking, and free from censorship (even of the “transparent” variety)? We hate to say it, but, unlike content moderation, this is something which properly depends on an opinion poll of sorts—namely market demand.

For those of you who realize how close the state and crony tech have pushed us towards a brave new world, this might be the right time to discover—or rediscover—Parler, and join those who refuse to be reduced to consumable pawns, and who are secure enough to think for themselves.

–Amy Peikoff is Head of Policy and Legal for Parler; Benjamin Chayes is a historian

Previous: Theodor Herzl remembered for role in bringing modern nation of Israel into existence
Next: Legendary broadcaster Rush Limbaugh was born in Missouri on this date in 1951