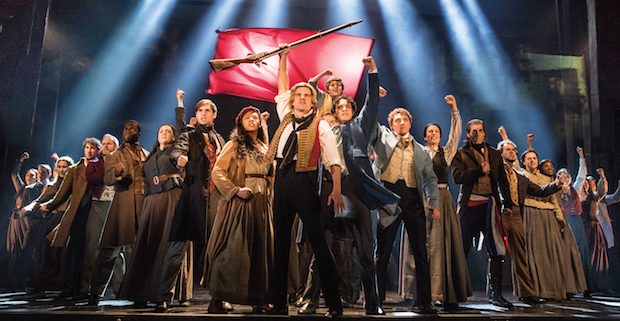 It is no secret that Broadway productions often mock Christianity, if not openly display hostility towards it. But for Les Miserables, which for many years was the most seen musical on The Great White Way, faith is celebrated and takes center stage including this week as it plays  at the Kansas City Music Hall through Dec. 10.

If there is one Broadway production that Christians should put on their bucket list it is Les Miserables. With massive moveable sets and superlative vocals throughout, we were excited to once again see it on opening night.

Based on the 1862 French novel by Victor Hugo, it is considered one of the most significant works of the 19th century. The novel was turned into a musical originally appearing at the Barbican Center in London in 1985 and Broadway in 1987 with a revival starting in 2006 that continues today, drawing sell-out crowds around the world and here in KC.

Set against the backdrop of Paris during a time of depravity, abject poverty and lack of equality and justice (especially for women and children), the themes of mercy, grace and redemption create a story line and are portrayed as authentically as any film or musical has ever attempted. At one point, the Gospel message of forgiveness and salvation is clearly presented.

to love another is to see the face of God.

For me, one lyrical line that resonates is, “to love another is to see the face of God.” In short the thief Jean Valjean (played by Nick Cartell) serves 19 years for the petty crime of stealing bread to feed his destitute sister and her small son. Known only as No. 24601 (alluding to his humanity having been stripped away) he is released but not able to find work because of his prison record, breaks his parole, steals from the local bishop and is caught. The bishop, displaying great mercy and forgiveness, defends Valjean before the local police and sets him on his way telling him to become an honest man. That act of mercy is transformative for Valjean who is seen years later, having launched a successful business and become a town mayor.

But the parole officer is not forgiving and embarks on a 15 year quest to track him down to throw him back in prison. That quest has grave consequences for Valjean and the girl Cosette (young Cosette played by Zoe Glick) whom he has adopted and lovingly raised after her mother died.

Read our review of Wicked

As the populace of Paris rises up to fight against tyranny and injustice, several opportunities for Valjean and others to “pay it forward” arise inviting many instances for the “face of God” to be seen through acts of self-sacrifice.

The musical score is rousing while at the same time interspersed with ballads that touch the heart as we hear characters sing about God’s forgiveness, prayer, and guidance.

Jillian Butler, playing the grown-up Cosette, casts her magnificent and lilting voice across the theater in several songs including “In My Life” and “A Heart Full of Love.”

Her childhood friend, Eponine, performs an emotional rendition of “On My Own,” that touches the heart as the pain of her pining for a love that will never be is realized:

“I’ve only been pretending.
Without me 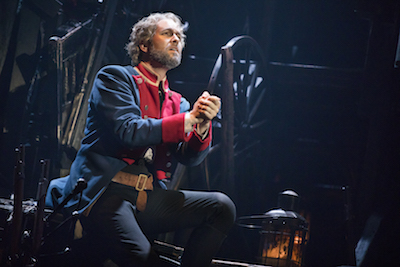 Valjean sings another jaw-dropper in “Bring him home” –in reality a powerful prayer for safety for the young man who has his daughter’s heart and is on the front lines of the conflict between the downtrodden and the abusive French army.

The redemptive aspect of Les Miserables is undeniable and earth shattering in a time when authentic faith has virtually disappeared from Broadway and Hollywood.

Theatergoers may wince at a few numbers (which seem to have become more sexualized over the last 30 years) but they do reflect the depravity of the French culture during that time. Their presence is important to present the contrast to the contrite spirits and pure hearts of the central characters.

Les Miserables is a production you should finally mark off YOUR bucket or perhaps use as a wonderful early Christmas gift for yourself or another.

The production runs through the evening of Dec. 10 at the Kansas City Music Hall. Tickets are available through Ticketmaster or the Music Hall Box Office 10 am – 5 pm Monday-Friday or charge by phone at 1-800-745-3000.

Previous: Dave Ramsey shares 5 rules for stocking stuffers
Next: Your favorite Christmas movie may have started as a book 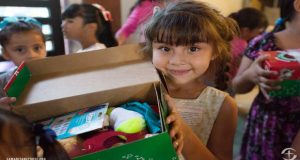