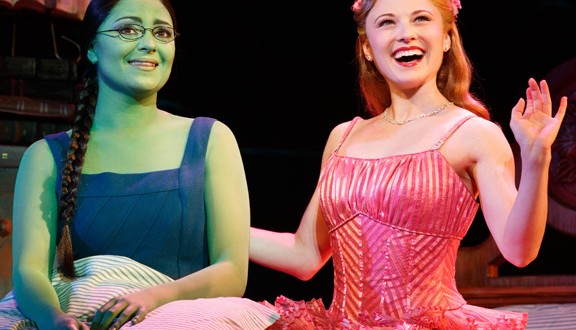 Who knew the Broadway smash wicked was an allegory about our times?

Wicked. An unintended allegory for our time?

Heading to Chicago or another great city soon? Plan to see the Broadway production of Wicked. It’s a delicious look at an imaginary culture which some astute critics say is perilously close to our own, though for different reasons than I have found. 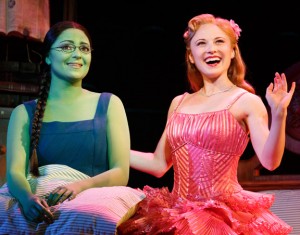 I’ve seen “Wicked” several times and always found it intellectually stimulating as well as entertaining while my teen-age girls have been captivated by the lofty duets about broken friendship and cliques–topics every teen is familiar with.

While produced in a decidedly liberal theatrical entertainment industry, the creators of the musical most likely intended for the storyline to be a political allegory of racism and discrimination with a good dose of supposed conservative close-mindedness—- you know, all the things ascribed to conservatives and often Christians by folks who actually use those tactics to prove their false negative. Remember the line from “Joseph and the Amazing Technicolor Dreamcoat”? Describing the Pharaoh as repressing Egyptians the narrator declares he is “fairly right wing.” So, you see, it is no secret that writers often target conservatives and Christians.

But something funny happened on the way to “Wicked”. It’s turned out the storyline could easily be seen as an indictment of modern liberalism at best and socialism at worst. Two ideologies fighting to change the face of our nation! Who would’a thunk it? Certainly not the writers of “Wicked”!

Based on the best-selling 1995 novel by Gregory Maguire, “Wicked”, winner of 35 major awards, including a Grammy and three Tony Awards, is the untold story of the witches of Oz. Long before Dorothy drops in, two other girls meet in the Land of Oz. One — born with emerald-green skin — is smart, fiery and misunderstood. The other is beautiful, ambitious and very popular. “Wicked” tells the story of their remarkable odyssey, and how these two unlikely friends grow to become the Wicked Witch of the West and Glinda the Good.

This production has a Kansas City connection. The lead role of Glinda is portrayed by Overland Park native, and Blue Valley High School graduate, Hayley Podschun.

Glinda is the self-absorbed “good” witch who, like many young evangelicals, declares, “It’s good to see me isn’t it? No need to respond, that was rhetorical.” Their self-absorbtion and trust put into “change” is coming back to haunt them. But will ultimate disillusionment wake them up?

Elphaba is the green “wicked” witch. Meant to portray people of color who have struggled against a white society, though what I saw in her was something different–a young Christain stuck in a world in which she was a “stranger” as the Bible says, tested by her own convictions not to conform to the liberal society around her.

Then you have the professor who is a goat. I think the professor represents hard working Americans, who, when upset about the path they see our nation taking are encouraged (or coerced?) not to speak. In fact, they find it very difficult to find their voice–or keep their jobs. In Oz, you see, animals are increasingly forbidden to work. The professor laments, “There is so much pressure not to.” To which Elphaba responds that certainly it “can’t happen here.”

Boy is she wrong.

The wizard has striking similarities to the man who occupies the White House. I know the producers were not thinking of him when the play was written but, wow!

The wizard is out to squash all “subversive” animal activity. As more animals go underground or form nominal groups to offer opposition (insert Tea Party here?), the self-absorbed leader begins to spy on the citizens of Oz from his palace in the Emerald City. The curtain takes the place of the teleprompter, though, while the drones of Oz (monkeys) are adorned with wings to spy on his adversaries and a militarized police force storm around terrifying the citizenry. All while his snobbish press secretary doles out the Cool-Aid to a press willing to ignore the loss of freedoms.

As a New York Times reviewer states, “It appears that people are willing to grovel and submit to feed their ambition.”
But not everyone. Both Glinda and Elphaba make the hardest decisions of their lives–one that will cost them their friendship and comfort as one flees to fight another day and one stays, hoping to make a difference in a darkening world. It’s a price they both know they must pay to remain true to their convictions. The song “For Good” is sure to put a lump in your throat as you sense the deep love of friendship of these two individuals despite the different paths their convictions take them.

It could easily be a lesson, and a choice, for us today.