Home / News / National / Massive alligator takes the internet by storm; biologist promises this is not a hoax 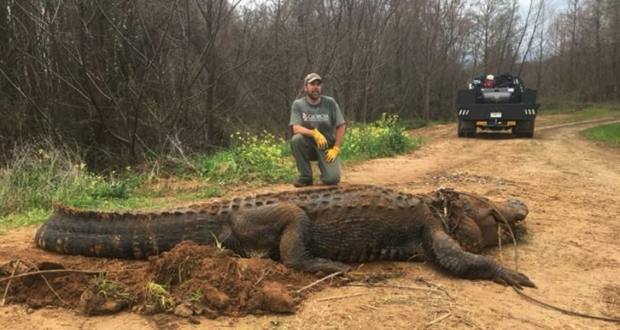 Massive alligator takes the internet by storm; biologist promises this is not a hoax

In a world where photo manipulation is a fine art shared by thousands, Georgia officials heard time and time again that an image circulating on social media of a massive alligator was just another internet hoax.

They say the massive creature was very real, according to people on the scene.

“Apparently a lot of people think it’s fake, but I can assure you that it is not,” said Brent Howze, a biologist with the Georgia Department of Natural Resources, according to the Cordele Dispatch. “I’m the one in the picture, and you can probably tell that I didn’t get too close to it.” 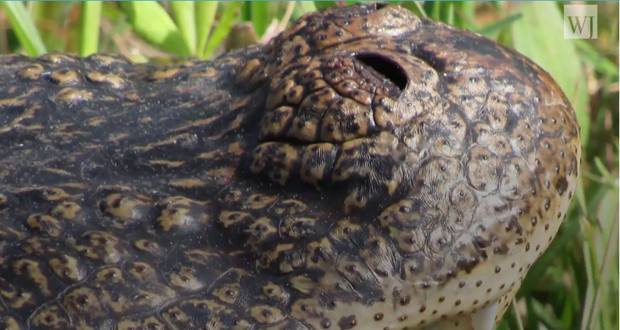 A close-up of the gator’s snout

The biologist said massive defines the animal, which was discovered Monday in an irrigation ditch near Lake Blackshear.

“He was 13 feet, four inches long, 57 inches in circumference to the chest and we estimate his weight between 700 and 750 pounds,” Howze said, WMBF reported. He estimated the creature was about 50 years old.

“It’s a testament to Georgia’s alligator management program that alligators can grow to this size,” said Melissa Cummings with the DNR, according to First Coast News. “The only way these animals get this large is by avoiding humans.” 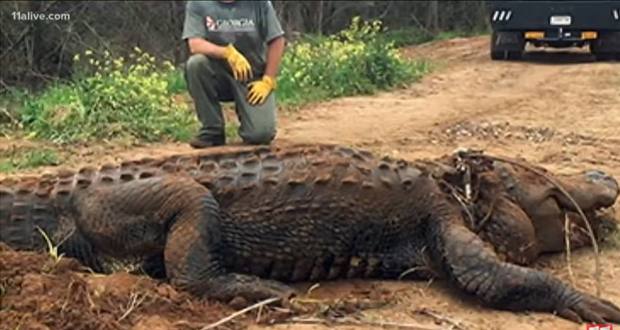 Officials responded to the scene by moving the alligator to a safer place.

“It took a while to get it out of that ditch. It was bigger than we originally anticipated and we had to use heavy equipment to move it,” Howze said.

“It was a very old alligator in poor body condition with what appeared to be gunshot wounds,” Howze said. “It’s an unfortunate situation, but the best thing for the animal was to put it down.”

A picture of the alligator was posted to Facebook by Emiliegh Forrester of WALB, who commented, “Now THIS is a gator.  and YES…it really was caught on the Sumter County side of Lake Blackshear in GA (near Crisp Co.)!!”

Howze, however, said humans have little to fear from alligators.

“You’re perfectly safe. These animals exist. They’ve been here for centuries, they’ve been existing with people for centuries and they’re gonna continue to,” he said. “The majority of alligator, human interactions or alligator attacks that have happened are usually people waiting in a water body, that step on an alligator.”

“As far as alligators just attacking people, it’s extremely rare,” Howze said. “There’s only one way for an alligator to live this long, and it’s by avoiding humans. I’ll be in the water at Lake Blackshear this summer for sure.”

The DNR has an alligator management plan that does surveys and looks at alligator trends in Georgia. They put yellow tags on their tails to watch and keep track of the population. If you’re out hunting and you see an alligator with a yellow tag, you should call the DNR at (229) 430-4254.

Alligator hunting season is Aug. 17 through Oct. 8. A permit is required to legally hunt alligators.

Previous: 1,600 year-old estate of wealthy Samaritan unearthed in Israel
Next: FROM THE CHEAP SEATS – Collusion?