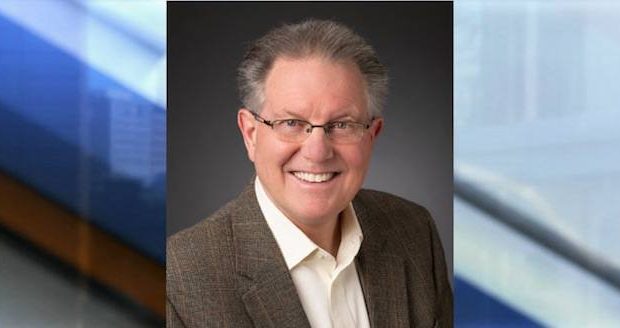 The long-term forecast for 2020 includes a state senate race for a popular local meteorologist. Mike Thompson, who recently retired after a long career on KCTV-5 and WDAF-Fox 4, is running for the Kansas seat being vacated by Mary Pilcher-Cook, the Shawnee Mission Post reported.

Thompson, a Republican, said he plans to seek both an appointment to fill the remainder of Pilcher-Cook’s term as well as election to a full four-year term in November. He describes himself as a “pro-life, committed conservative, who will uphold the core Republican principles of limited government, individual liberty, free enterprise and traditional values.”

“For 40 years, I enjoyed talking to people about the weather, providing them facts and information and warning them about dangerous conditions,” he said in a release. “Now, an unrelenting storm of higher taxes and spending increases threaten to leave Kansas behind the rest of the nation in terms of economic prosperity and quality job growth. For Kansans to feel confident about their economic future and the security of their pocketbook, these skies must clear and that means a legislature who is firmly on the side of the people who pay the bills.”

Thompson is the third candidate to announce candidacy for the seat in the 2020 cycle. He will face Rep. Tom Cox in a primary for the Republican nomination. Shawnee Councilwoman Lindsey Constance has announced she is running for the seat as a Democrat.

Thompson has lived in Shawnee since 1983. He and his wife Anne are members of St. Joseph’s Catholic Church. The couple has three children and 10 grandchildren. Thompson studied meteorology in the U.S. Navy. He spent time as the chief meteorologist at both KCTV and WDAF. After retiring from WDAF, he started an organization called the Academy for Climate and Energy Analysis. He’s given presentations to area groups in recent months on climate issues, including a talk entitled “The Politics of Climate Change in the Era of Trump” before the Johnson County Republican Party in October.