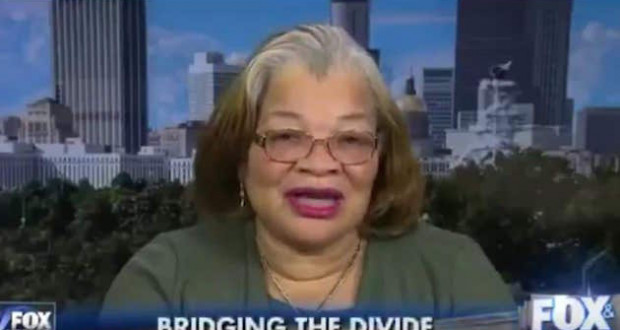 “Thanks to President Trump, his newest transformational executive order is bringing hope and sanity to our nation,” she said. “The Safe Policing for Safe Communities Act, which bans law enforcement from using chokeholds, will help de-escalate the senseless slaughter and violence ravaging our communities.”

In signing the order, Trump promised justice for all people.

“Under the executive order I’m signing today, we will prioritize federal grants from the Department of Justice to police departments that seek independent credentialing certifying that they meet high standards,” he said. “As part of this new credentialing process, chokeholds will be banned, except if an officer’s life is at risk.”

King also praised the announcement of a new Civil Rights Reporting Portal, which will make it easier for the public to report violations.

“The department is committed to upholding the civil and constitutional rights of all people in the United States,” said Eric Dreiband, assistant attorney general of the Civil Rights Division. “The Civil Rights Reporting Portal will make it easier for the public to connect with us, which in turn makes us more effective at upholding these important rights. I encourage the public to use this portal to report civil rights violations.”

“We must continue to pray, to love, to forgive and protest peacefully,” she said. “We can peacefully protest by voting for candidates who support the sanctity of life and the dignity of the one-blood human race. We are not colorblind. We can end the race wars by opening our eyes, seeing each other clearly as human beings; not separate races. We can learn to live together as brothers and sisters; not perish together as fools. Let us continue to pray for our president and all of our leaders.”

Previous: Dave Says: Be professional and respectful
Next: There’s no law against doing good