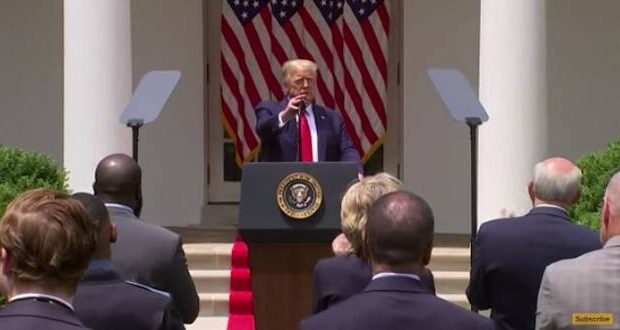 In a major move applauded by black community leaders across the nation, President Donald Trump on Tuesday signed an executive order on police reform in an effort to build trust between minority communities and law enforcement. The president delivered remarks (video below) in the White House’s Rose Garden and signed the order, titled, “Safe Policing for Safe Communities.”

The order requires higher standards for the nation’s public safety departments. In discussing the actions of police, Trump added that the vast majority of police officers are “great men and women,” and said police officers do one of the “most difficult jobs on earth.” He noted that law enforcement officials were shot during violent protests triggered by George Floyd’s death.

The move is seen as historic in that even during the administration of President Barack Obama, there was little effort at reform or, say many, an effort at decreasing black on black crime. Black on black murder increased between 2008 and 2016 yet Obama gave just one substantial speech on race and crime. On average under the Obama administration, there were three police shootings of individuals per day. One shooting in Baltimore resulted in looting and riots. Obama responded by calling the rioters “thugs,” a word President Trump was criticized for using in early June. 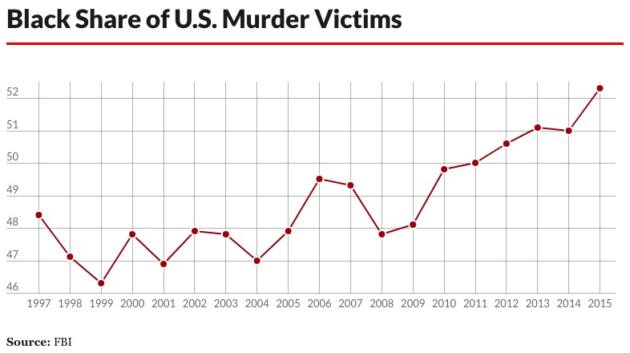 In addressing those same issues 12 years after Barack Obama was elected, Trump is seen as perhaps the only person who can tackle it.

“Law and order must be restored nationwide,” the president said, acknowledging the looting, arson, and vandalism that is primarily destroying black-owned businesses. His statement comes as black community leaders across the nation are beginning to turn their anger towards Democrat leaders who are responsible for the failed policies which have allowed high-profile police shootings of black individuals.

The order has three main components including more certification and credential requirements for officers, information sharing on officials who have been subject to excessive use of force complaints, and co-responder programs that will send health professionals alongside officers during certain situations.

The package would create a database to track officers who have multiple instances of misconduct and would also use federal grants to incentivize departments to raise certain standards as it relates to interaction with minority communities.

The vast majority of police shootings of black individuals has occurred in Democrat-controlled cities. Some of those cities also have a majority black police force, a fact not widely reported. An administration official named police departments in Baltimore, Minneapolis, and Ferguson, Mo. for particular concern.

The reform to send social workers on some calls would be geared toward homeless people and people with mental health and addiction problems. That aspect has been heralded by mental health experts who say police officers cannot also act as counselors, though they are often put in a position to do so.

An administration official said the database would be supported by police departments because “nobody hates bad cops more than good cops.”

Vice President Mike Pence told Fox News on Tuesday that Trump is taking the action “to assure the American people that we’re listening.”

“We’re supporting law enforcement,” Pence said. “We’re not going to defund the police, quite the contrary. We’re going to find new resources to help departments obtain certifications to improve standards for the use of force, improve training on de-escalation, and that’s exactly what the American people want us to do.”

Last week, amid cries to “defund the police,” Trump reiterated several times that it won’t happen. In today’s announcement, the President banned choke-holds except when the life of the officer is endangered and requires more accountability of the officer should it be used.

“It would be a very good thing that… should be ended,” he said.

House Democrats have issued similar proposals, including a database. The Democrat-led bill also bans chokeholds and makes it easier for people to recover damages if departments violate their civil rights.

On the Republican side, Sen. Tim Scott (R-S.C.) is trying to pass a bill on police reforms.

Previous: Gov. Mike Parson announces phase two of Missouri reopening plan
Next: Dr. Ben Carson on “ridiculous” statue removal: “we’re going to have to grow up as a society”