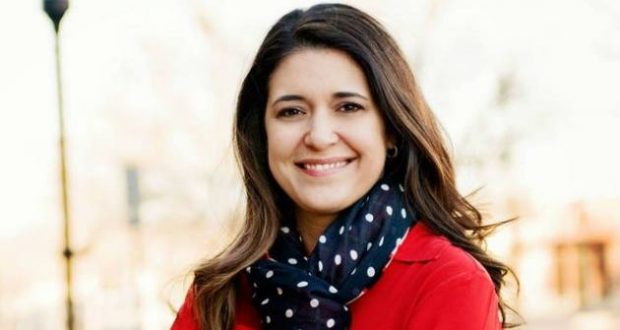 An influx of conservative women are ready to make their presence felt in the new Congress. Of the 14 seats Republicans flipped in the House, 10 were won by women, mostly in urban and suburban parts of the country.

During the 2020 election cycle, a record 228 Republican women filed paperwork to run for office. That shattered the previous record of 133 women in 2010. A record 94 of them made it out of the primaries to become the Republican nominees going into Nov. 3, double the record set in 2004 by 53 women nominees.

One of those women is Stephanie Bice. The conservative and pro-life Republican flipped a seat back to red which, in 2018 had been flipped blue for the first time in over forty years.

Newly retired Rep. Susan Brooks (R-Ind.) set out to encourage more conservative women to run and help them win, and her success will be her lasting legacy.

“More and more conservative women wanted to raise their hand and say ‘groups like AOC and the squad do not represent my views’,” she said. “I need to step up and put my conservative views and how I have contributed to my community forward. I need to make sure that the electorate has another choice.”

After the 2018 midterms led to huge Republican losses, party leaders vowed to stop the gravitation of women to the Democratic Party. Leaders such as Rep. Kevin McCarthy (R-Calif.) and Rep. Cathy McMorris Rodgers (R-Wash.) directed more money to conservative women candidates and made electing them a priority. A record 228 women ran as Republicans, with 94 winning their primaries.

“The women, I think, just had messages that resonated and they knew their districts,” Brooks said.

Republican strategists say this will help change the reputation of the GOP being the party of old white men. “The Republican Party is diverse, and I think that you’re starting to see that reflected in the candidate recruitment,” Garrett Bess of Heritage Action for America said.

So what can we expect in the 2022 midterms? “I would much rather it be Leader McCarthy than Speaker Pelosi,” he said.

That’s because after the 2010 census, Republican majorities in statehouses across the country dominated the drawing of congressional districts and there are still districts Trump won in 2016 that haven’t yet flipped. Meanwhile, Congresswoman Brooks has retired, but fittingly she’s been replaced by a Republican woman who beat another woman running as a Democrat.

“It’s been a long time coming,” says Julie Conway, the executive director of VIEW PAC, which works to elect more Republican women to the House and Senate. “I think everybody’s looking for the magical reason why 2020 was such a good year for Republican women, but the reality is, it’s a combination of a lot of things over a lot of years… seats that were winnable, and incredible women running for those seats, and the infrastructure around them finally at a point that they were able to get at least some of the help they needed to get them over certain obstacles and then they were able to be successful because they, quite frankly, worked their tails off.”