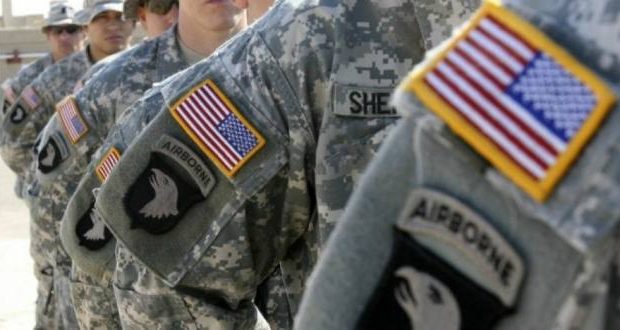 Are young liberals digging a grave for the future of America? That’s what some are asking after a new poll shockingly found that a majority of Democrats under the age of 30 say it would be OK if another country were more powerful militarily than the United States.

The new survey from the Pew Research Center’s American Trends Panel shows younger Americans are more likely than older adults to say there are other countries that are better than the U.S. And they also are more likely to say it would be acceptable if another country became as militarily powerful as America.

So, should the U.S. retain its superpower status in countering the threats of China, Russia, North Korea and patrolling the world’s oceans? While an overall a majority of American adults (61%) says that US policies should try to maintain the country’s position as the only military superpower, 36% say it would be acceptable if another country were to become as powerful militarily.

It gets worse the  younger you are.

Among younger Americans, a majority of Democrats (55%) under age 30 say it would be acceptable if other nations became as militarily powerful as America., while Democrats ages 30 to 49 are almost evenly divided (48% to 49%) on this question. Support for US military superiority among Democrats increases with age. (Ages 50-64 58% to 38%, 65+ 54%-39%)

Clear majorities of Republicans in all age groups say the US should remain the foremost military power. Republicans under age-30 showed the lowest percentage of those, but still with 60% saying the US should remain superior militarily and 38% saying it would be okay if another country equaled the US. Republican percentages supporting American military superiority also increased with each older age group but with much higher majorities than the Democrats. 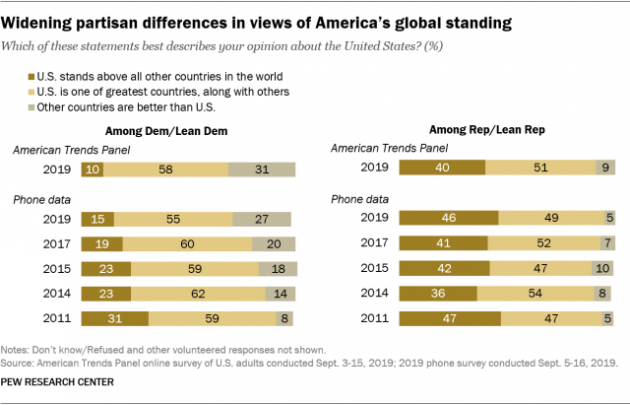 The survey conducted last fall shows most Americans overall still view their country as standing “above all other countries” (24%) or that it is “one of the greatest countries, along with some others” (55%). One fifth (21%) of the overall population says there are other countries better than the United States.

But among Democrat liberals ages 18 – 29, more than a third (36%) say there are other countries better than the US, the largest group surveyed to say so.

When divided by political party, 47% of under-30 Democrats and Democrat-leaning independents said there were countries superior to their own, as well as roughly a third (34%) of those ages 30 to 49.  Among Republican or Republican-leaning under-30s, the number of those who see other countries as better was much less at 19%. 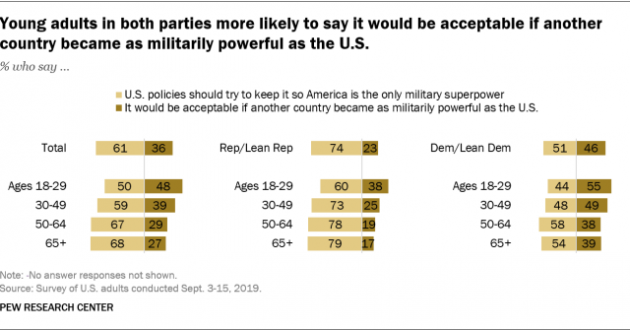 Pew reports it’s nothing new for these views to be divided along partisan lines. But the gap has widened in recent years with Democrats becoming more likely to say there are other countries better than their own. The survey reports that this is the greatest partisan divide on the issue than at any time since Pew first asked the question in 2011.

Interestingly, a difference also has emerged between those contacted online and those contacted by phone. Pew found that regardless of party affiliation or liberals vs. conservatives, overall “Americans appear less likely to say the US stands above other countries – and more likely to say other countries are better than the US – in surveys conducted online than by phone.”

Previous: The Chiefs scored so much on Sunday that the stadium ran out of touchdown fireworks
Next: Missouri judge dismisses lawsuit over religious exemptions for vaccinations