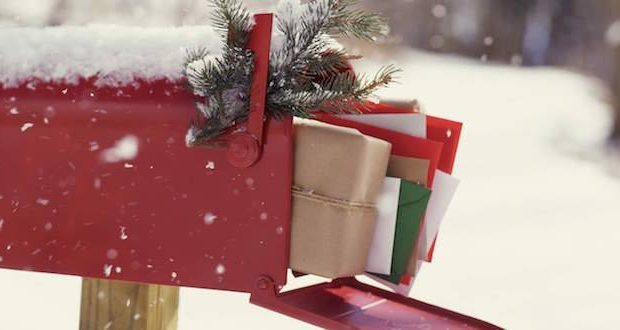 The post office doesn’t want your religious stamps. A graphic designer has filed a lawsuit against the United States Postal Service (USPS) alleging that the federal agency had violated the First Amendment when it barred “any depiction” of religious content on personalized stamps.

USPS provides customized stamps through authorized third-party providers. The agency is one of the government’s most inefficient, losing an average of $4 billion per year.

Susan Fletcher, a graphic designer from Plano, Texas, filed a lawsuit against the Post Office at the U.S. District Court for the Eastern District of Texas, claiming that a USPS regulation preventing her from personalizing stamps with religious text and images is unconstitutional.

In her complaint (pdf), Fetcher says she planned to create stamps with the following:

The regulation in question states that any customized postage product must meet criteria established by the postal service. Part of its criteria is that the images or text of the designs must not contain “any depiction of political, religious, violent, or sexual content.” The rule stipulated that such content was “unsuitable for all-ages audiences.”

Her attorneys from the religious rights law firm First Liberty Institute and Winston & Strawn argued that the categorical exclusion of religious content was a form of viewpoint discrimination that violated the First Amendment’s free speech clause. It also argued that the regulation violated the Religious Freedom Restoration Act of 1993 and had burdened her right to exercise her religion under the First Amendment.

In one of the cases, Lamb’s Chapel v. Center Moriches Union Free School District, the top court’s justices unanimously found that the Center Moriches Union Free School District had violated the First Amendment’s free speech clause when it refused Lamb’s Chapels request to use its facility to show movies that were religiously oriented.

“[I]t discriminates on the basis of viewpoint by permitting school property to be used for the presentation of all views about family issues and childrearing except those dealing with the subject from a religious standpoint,” the court held.

Fletcher is asking the court to declare the USPS regulation unconstitutional, block the enforcement of the regulation, and order USPS to allow PhotoStamps.com to print Fletcher’s designs.

“I just want to express my faith in everything I do, at Christmas and all throughout the year. I am truly saddened that the country I love would keep me from expressing the most important message I could share with others: my faith,” Fletcher said in a statement.

Previous: “Choose LIFE” Kansas license plates available through end of year
Next: A response to Christianity Today and their call to remove Trump from office