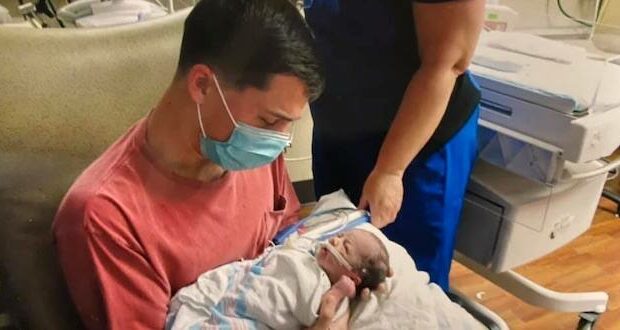 Brandon Russell holds his newborn son Mac just hours after his wife and the unborn baby were hit by fleeing robbers.

A pregnant Wichita mother was tragically killed in a car accident on July 6, but doctors were able to save her preborn baby boy.

Samantha Russell, 22, was at an intersection in Wichita, Kansas, when a previously convicted criminal who was fleeing police crashed into her car. Russell died on impact, but her 33-week-old preborn son Mac was saved at the scene and is in critical condition. She was due to give birth on August 21.

The grieving dad said that Samantha was enjoying the experience of being pregnant and “was going to be a fantastic mother” and “was the best person to know.”

“Words cannot explain or express the emotions going through everyone’s head today in light of the events that took place on July 6, 2021 at around 5:30 CST,” wrote Russell’s husband Brandon, 21, on Facebook. “Sammy was taken from us, but left behind the most beautiful gift of life.”

Police had been attempting to arrest two robbery suspects, Javan Jermaine Ervin and Jaime P. Chavez, but called off the chase prior to Ervin crashing into Russell and two other vehicles. Ervin has been charged with first-degree murder in commission of a felony, aggravated battery, and criminal possession of a firearm, said KAKE. He had several robbery convictions in his past, and his last criminal sentence ended June 15. 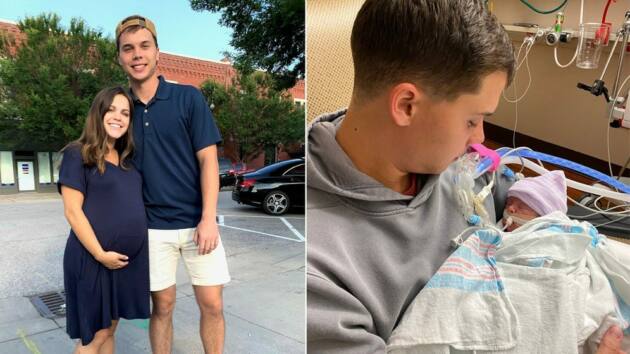 “[Samantha] always ALWAYS knew what to say when I was going through an issue or needed advice,” wrote Brandon. “She was the best person I know. From her bubbly attitude and being all over the place to her knowing when it was couch-thirty and time to watch Netflix. She was an all around good person who did not deserve to die on impact from a reckless driver. She was the best example of what it looks like to be happy. She showed happiness to everyone and anyone that she knew. She will always be my wife and the person I turn to when I need advice or to ask another one of my dumb questions. I love you Samantha Russell. You are everything to me.”

Brandon says the officer who picked him up after Samantha died was the one to share the news to him that baby Mac had survived. 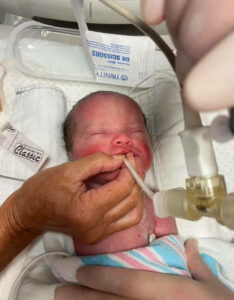 “When he told me I was a father, I realized in that moment that Samantha would not want me to see complete and utter darkness but to see her beautiful soul through our son Mac.”

During the emotional funeral, Brandon says that now, every time he looks at Mac, he sees Samantha. He closed out his remarks with a promise to both:

On Saturday, Brandon Russell provided an update on the condition of baby Mac, saying in part, that Mac is doing “pretty well” and that “Regardless of what happens, I will smother him in love and never give up on him. He is my only mission now.”

The GoFundMe for the Russell Family is still active and has raised nearly $100,000. If you would like to donate, you can visit the link here.

READ: The biological sex of a baby cannot be determined at birth, says CNN

Ervin was suspected of robbing a hotel when he took off in his Dodge pickup, cops said. No one else was killed in the crash. He was charged with first-degree murder in commission of a felony, aggravated battery and criminal possession of a firearm.

Previous: Convicted of murder as a teen, Gene McGuire has found true freedom
Next: Lebanon on verge of total economic collapse