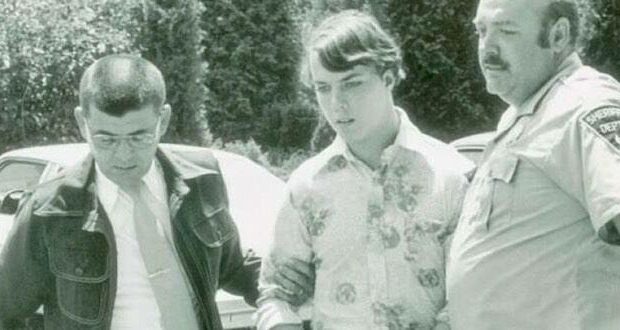 Gene McGuire being led away by police after his arrest.

Convicted of murder as a teen, Gene McGuire has found true freedom

In 1977, then 17-year-old Gene McGuire found himself at the wrong place at the wrong time. His 24-year-old cousin had come for a visit, and the two went to a tavern in Pennsylvania for some drinks.

Gene was unaware his cousin was wanted by the law.

After a few drinks, they stepped outside and were about to leave. But Gene’s cousin decided he needed some quick cash and went back inside to rob the bar. In the process, he killed the 60-year-old bartender, Isabell Nagy, by stabbing her to death, according to a report by CBN.

The two young men escaped to Spanish Harlem in New York City, hiding out in drug houses and flea-bitten motels. But after a short while, Gene was overcome with guilt and turned himself in to New York police and was taken back to his hometown in Pennsylvania. 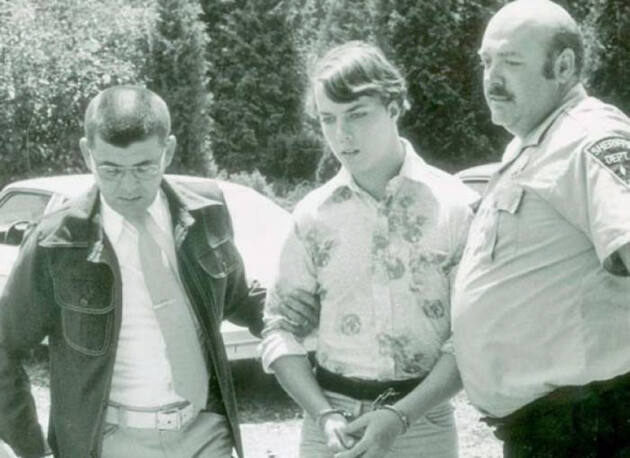 At Gene’s trial, the court-appointed lawyer gave him ill-conceived advice to plead guilty to second-degree homicide. Still a teenager and ignorant about the process and proceedings, Gene agreed and was convicted of second-degree murder and sentenced to life in prison without parole.

But God found a way to reach him in the valley of despair.

READ: Cancer screenings dropped in 2020. The end of lockdowns was too late for many

As the Apostle Paul wrote, God demonstrates his own love toward us, in that while we were yet sinners, Christ died for us. Romans 5:8

In 1986 Chuck Colson’s Prison Fellowship held a 3-day revival in the prison. Moved by the power of the Gospel witness and the Spirit, Gene surrendered his life to Jesus as his Lord and Savior.

“Soon after, he began receiving mentorship and counseling from Pastor Larry Titus, one of the pastors in the program and they became friends. For 25 years, Larry faithfully visited Gene in prison. During his time in prison Gene became a spiritual leader to thousands of inmates,” according to CBN.

Even though Gene had no legal right to parole under his sentence, he applied to the governor several times through the Board of Pardons. “It wasn’t a legal matter; it was a plea of mercy,” he told The Unseen Story.

Despite many glowing letters of recommendation from supporters and a stellar prison record after coming to Christ, the governor denied his bid a fifth time, after Gene turned 50. “I was like, feeling like a blow to my stomach. The wind came out of me and, I could barely breathe.

“But I knew I needed to do one thing — to look him in the eye and thank him, which I had learned through a verse in the Bible. Thessalonians 5:18 says, Give thanks in all circumstances, for this is the will of God in Christ Jesus concerning you.

“And so I looked him in the eye and said thank you to everybody, and shook their hands.”

As Gene walked down the steps from the administration building, heading toward his cell block, God impressed on his heart: I want you get on your knees and thank me.

When he re-entered his cell, Gene dropped to his knees by the side the bed and began to bawl like a baby. “I grabbed the pillow and put it on my face. And I just cried…”

He thought to himself, If I die, I’ll die with dignity, serving the Lord in prison, leaving a legacy for other inmates.

“I loved ministry. I loved church. I loved mentoring. We did Bible studies out in the yard. We prayed. We saw miracles, we saw people get healed. We saw salvations in my cell, outside my cell, and in the church on Sunday,” he recounted.

A few years earlier, a verse in Isaiah 54 jumped off the page at him: He that bows low will speedily be released, he will not die in a pit, neither will his bread be lacking.

In obedience, Gene knelt down on the concrete floor of his cell and the Lord spoke to his heart and said, No, lower.

McGuire prostrated himself on the floor, with his hands at his sides, and the Lord said: Lift your hands.

“When I lifted my hands off the floor, my whole body was resting on the floor. And I just felt that weight on my chest. And He said, That’s how I want you to live, totally dependent on me. If you support yourself, you have what you have. But if you allow me to support you, I’ll give you everything.”

I want you to totally, completely, depend on me, He added.

“And so there I was on my knees, denied commutation for the fifth time, 32 and a half years in, and God says, Thank me.

Gene began to thank God and the Lord impressed on his heart: Gene, I protected you right then. I’m going to release you. But it’s not based on your effort, not who you know, and what you’ve accomplished.

Immediately Gene’s tears dried up and the Lord’s peace flooded his heart. God directed Gene to go back to serving the church in prison and pursuing his daily devotions.

Two months later, something surprising and unexpected happened. The U.S. Supreme Court ruled that teens 17 and younger receiving a life sentence with no chance of parole convictions would get a “post-conviction relief” review of their case.

“It took 20 months to have my case reviewed. And along that way, when they were reviewing my case, my attorney got ahold of me and said, ‘Hey, what did your old attorney do for you?’”

“Well, he did this, this,” Gene replied.

“No, he didn’t do anything for you,” the attorney said. “What he did was he lied to you. And he pled you into an illegal sentence, an unconstitutional sentence. And there’s evidence of that right here before me.”

On April 3, 2012, Gene walked back into the courtroom, shackled, wearing an orange jumpsuit. “I had handcuffs attached to a chain around my waist, and I had like 40 or so friends and family from the community there in support of my re-sentencing.

“I didn’t know whether I was going to be released or not. I knew something good was going to happen.” Presiding Judge Russell D. Shurtleff addressed the crowded Wyoming County Courtroom in Pennsylvania, asking Gene if he had anything to say.

Gene stood up and began to thank everybody that ever invested in his life. “I was trying to breathe, because I was on the verge of just bawling my eyes out. So, I kept trying to keep my words short and brief.

“Judge, thank you for this opportunity,” he said. “A lot of people, from officers, to inmates, to friends and family have invested in my life. And I just want to say thank you.”

Then he apologized for the crime. “It was obvious that my cousin committed this crime; I was with him. I apologize for my behavior; I made some bad decisions in being there.”

How much time do I have to do, how much time? Gene thought to himself.

Then the judge said, “Having served 34 years, nine months, 15 days, the defendant is released effective this date.”

When the judge said that the courtroom went nuts — exploded with applause — and people shouted, “Hallelujah! Praise the Lord!”

“I just bawled my eyes out on the table and my attorney was patting me on the back and I looked up to the judge said, ‘Thank you judge, thank you!’”

Suddenly the judge got up and walked off the bench and the stenographer walked away, without dismissing the proceeding.

It suddenly got very quiet in the courtroom, and someone yelled out, “Unshackle him, release him from his chains. He’s a free man!”

Gene’s sister Mary ran forward and began hugging his neck and the sheriffs started unshackling him.

“And taking the chain off my waist and the cuffs, I’m crying like a baby and my sister’s crying, and I’m just in awe. I remember standing there and after a little bit we were talking and laughing and crying and hugging and they came over and they hand me some clothes and he said, ‘Gene, go change. Mary, take your brother home.’”

“I changed clothes, I came out and started my first day of freedom!”

Three days later, Gene McGuire went back to the courthouse to thank the people involved in his case.

As they sat around a large wood table, the probation officer said, “You know, the judge never closed the court.”

“Am I still free?” Gene asked.

“Yeah, you’re fine,” he said. “I went into chambers a little bit later and said, ‘Rusty, how come you never closed the court?’”

“I didn’t want anybody see me crying,” he said, “so I just walked off the court.”

Gene believes heaven invaded the courtroom that day and orchestrated everything.