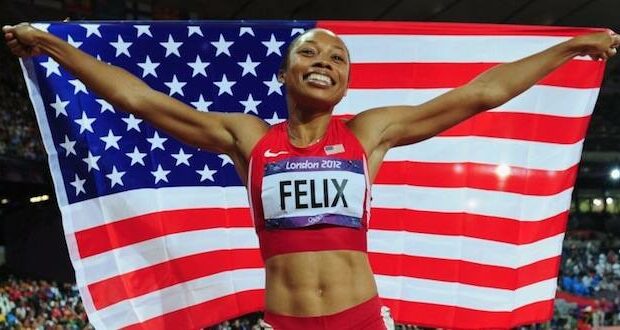 So much for empowering women. Nike and other companies have been outed for their treatment of female Olympic athletes as the games begin this month.

At that level of competition, the stakes are high for athletes who have invested heavily while striving for Olympic gold.

Female athletes who become pregnant during their careers face immense pressure to abort their babies. Children who are considered to be necessary collateral damage in order to protect the dream of becoming an Olympian.

A core of gutsy women athletes is proving the naysayers wrong.

Allyson Felix is an Olympic superstar with nine medals in track and field, and is looking forward to participating in her fifth Olympic games. But even for such an accomplished athlete, pregnancy can be the kiss of death to her hopes and dreams.

Allyson had been under contract to represent Nike apparel since December 2017, but when they found out she was pregnant, the business relationship took a decidedly different tone. She was offered 70% less money to renew, and she struggled to get other sponsorships. Corporate backing is vital to paying an athlete’s living and training expenses as they prepare for the Olympics.

It wasn’t just the money that Allyson objected to; it was how Nike and other corporations treated pregnant athletes. She asked Nike to provide maternity protection that would shield  her from being penalized for performing at a lower level during pregnancy and post partem recovery. Nike refused. 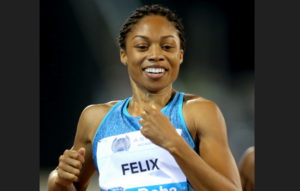 This Olympic star didn’t take the news sitting down. “You can’t change anything with silence,” she said. The New York Times published an opinion piece by Allyson exposing the dirty little secret of the corporate world – their treatment of pregnant athletes.

Going public worked. Her courage motivated other female athletes to also come forward and speak out. The ensuing pressure on Nike and other companies resulted in a growing number of contracts that don’t penalize women for having babies, pregnancies that might otherwise have resulted in coerced abortions.

In 2019, she testified before Congress about the issues mothers face, and now she continues her work as a member of March of Dimes.

“Every day in America, women face additional roadblocks and setbacks that we shouldn’t have to just because we become moms. And the challenges often begin before that during pregnancy when complications and premature birth are still rampant,” says Felix. 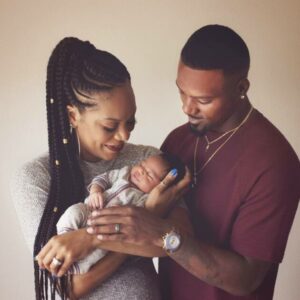 Sanya and her husband Aaron with their newest child.

This breakthrough came too late for track star and Olympic gold medalist Sanya Richards-Ross. Under pressure, she had an abortion weeks before competing in Beijing’s 2008 Olympics.

And she’s been paying a dear price ever since.

Sanya said the abortion “seemed like no choice at all…It broke me.” The Olympian confessed, “I fell into a depth of despair.”

In 2004 Life Issues Institute saw of the plight of Tasha Danvers-Smith, an Olympic contender in hurdles who became pregnant by her husband coach. Tasha faced intense pressure to abort her baby but she refused.

For her courage, she was presented with the Hero At Heart Award. And as a result, I interviewed the family both before and after she brought home a bronze medal from the 2008 Beijing Olympics. You can learn more about her compelling story in both parts one and two of my TV interviews with them.

Nike, instead of having to be goaded into treating their female athletes fairly, could have been the hero and benefited financially too. Imagine if they had embraced Allyson’s pregnancy with ads promoting shoes and apparel that kept both mother and baby comfortable and safe during her Olympic training. By embracing and celebrating Allyson’s pregnancy, Nike would have related to women of all ages and strengthened their corporate brand.

These courageous women have achieved something more precious than Olympic medals. They’ve secured protection for themselves and future women from being pressured or coerced into abortion or not having children at all to protect their athletic careers.

Previous: Americans now lonelier than ever as number of friends declines
Next: Is government killing private daycare?