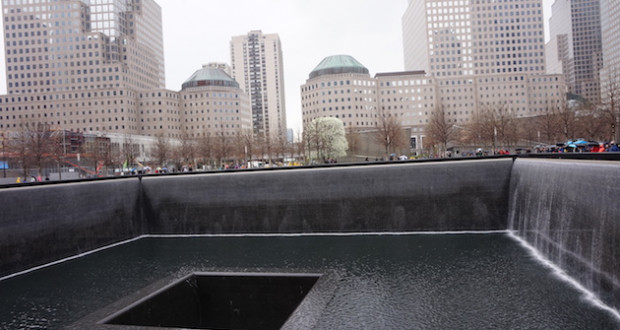 As the memories of the fateful day of September 11, 2001 fade, President Donald Trump has signaled he is determined to make sure prayer plays a  role in its remembrance.

The President signed a little-reported proclamation last week naming Friday, Sept. 6 thru Sunday, Sept. 8 as National Days of Prayer and Remembrance to honor the victims who were killed in the September 11, 2001, terrorist attacks.  Prayer events continue this week in advance of Wednesday’s commemoration.

Almost 3,000 men, women, and children lost their lives when hijacked commercial aircraft crashed into the Twin Towers in New York City and at the Pentagon in Washington, D.C. The attacks led to America’s longest war which still sees military personnel killed each month.

Another group of Americans was aboard United Flight 93. They fought back against the hijackers who had taken control of the aircraft.

Passenger Todd Beamer’s final words to GTE phone operator Lisa D. Jefferson, “Let’s roll,” became a national catchphrase.  As the crew and passengers attempted to regain control of the aircraft, the plane crashed in a field near Shanksville, PA.  All 44 people on board died.

NATIONAL DAYS OF PRAYER AND REMEMBRANCE, 2019
BY THE PRESIDENT OF THE UNITED STATES OF AMERICA
A PROCLAMATION

During these National Days of Prayer and Remembrance, we come together to honor the memory of the nearly 3,000 men, women, and children who perished in the terrorist attacks of September 11, 2001.  The passage of time will never diminish the magnitude of the loss or the courage, compassion, strength, and unity displayed during one of our darkest hours.

The horrific events of that September morning shook our Nation to its core as we watched in disbelief as the chaos unfolded.  Yet in the midst of loss and destruction, a renewed pride, patriotism, and appreciation for the precious blessings of life and liberty filled our soul.  We pause, therefore, to remember not merely our pain and sorrow from that day but also our will, our fortitude, and our reinvigorated unity and love for our fellow Americans.

Since the founding of our Republic, we have proclaimed reliance on Almighty God.  Prayer has sustained and guided the leaders and citizens of this great Nation in times of peace and prosperity and in times of conflict and disaster.  Thus, it is fitting that we again turn to our Creator for wisdom, comfort, and peace on this somber occasion, praying for those who lost loved ones at the World Trade Center, at the Pentagon, and in Shanksville, Pennsylvania, and for all who bear the wounds, seen and unseen, of these tragedies.  We also pray for our first responders who risk their own lives to rescue others in peril, and continue to do so day in and day out, as well as for our men and women in the military who protect our homeland, serving a cause greater than themselves.

The United States has endured many trials, yet few events have challenged our resolve as the events of September 11, 2001.  On that fateful day, our faith was challenged, but never lost; our Nation wept, but could not be defeated.  Through the devastation, we emerged stronger.  During these commemorative days, may we unite in prayer and remembrance and do our part to ensure that future generations never forget this immeasurable tragedy or ever doubt this Nation’s extraordinary resilience.

IN WITNESS WHEREOF, I have hereunto set my hand this fifth day of September, in the year of our Lord two thousand nineteen, and of the Independence of the United States of America the two hundred and forty-fourth.